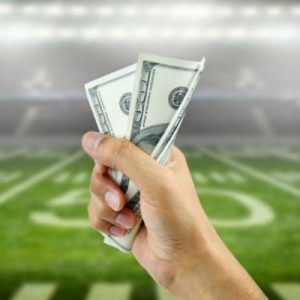 According to a survey done on betting habits during the COVID-19 crisis, it shows that regular online gamblers have continued to do so, more frequently and just as often despite the lack of sporting fixtures. The survey is the first significant one to be done during the coronavirus lockdown.

Findings from a Survation poll indicate that the survey outcome will fuel concerns regarding a broader fall in part-time betting, which currently is masking the very intense gambling among problem gamblers. Another worry will be that problem gamblers will move to riskier products like online casino games.

The survey included more than 1,000 people, and overall, the respondents were more likely to have minimized their betting since the beginning of the COVID-19 outbreak. As a result, this has forced the cancellation of most gambling sports such as horse racing and football.

Nevertheless, the regular gamblers said they were gambling even more. Additionally, a quarter of those who gamble at least once per week said they continued to do so, and 28 percent of these respondents said they had increased their gambling activity, and 11 percent said they were even gambling more.

That being said, it means that the absence of betting opportunities on their favorite sports have made gamblers to find alternatives such as slot machines and online casino games. These alternatives carry even a higher rate of addiction. Between casual gamblers, more than half of the respondents said they have either maintained or increased their gambling level.

Live casino has seen a particular rise in play and with upcoming games like Crazy Time which is a wheel based interactive game that is due for release in July, it could see the developer of that game evolution gaming see a record breaking amount of users on its launch date.

Results from the survey also indicate that 41 percent of betters had opened a new online gambling account since the onset of the pandemic.Moreover, more than a third of regular gamblers believed they either are developing an addiction or were spending too much on their betting habit.

Matt Zarb-Cousin, a former Labour party communications adviser and a recovering gambling addict, formed the Clean Up Gambling, that commissioned this survey, and was backed up by Derek Webb, a former professional poker player.

The duos have previously proved influential through the Campaign for Fairer Gambling group, which was successful. The campaign was against FOBTs (Fixed-Odds Betting Terminals).

According to Zarb-Cousin, there is significant evidence that online gambling companies will be one of the big winners from the coronavirus pandemic. Therefore, the government should review all its gambling laws as soon as possible, as promised.

Mark Gaskell, a clinical director for the NHS gambling disorder network of clinics, that are based in the north of England, also agreed that the survey findings indicated that a review on government must trigger significant changes in gambling regulation.

He said that what we see in addition to conditions of lockdown, is the harmful consequences of a delicate and sensitive regulation as well as the responsible gambling industry mantra.

He added that measures are needed to protect gamblers from more than they can afford to lose. This is by stopping the ubiquitous marketing and advertising, along with having a comprehensive review of the Gambling Act of 2005. To him, the government should forget about self-regulation and take a step forward.

In a separate move, GamStop, an industry-wide scheme that allows people to ban themselves from betting, indicated that they have recorded a 15 percent increase in former gamblers who are requesting self-exclusion since the lockdown started.

The percentage increase can be explained in part by the speedy early growth in scheme registrations, leading to a rise in the number of eligible people to lift the six-month or one-year suspensions.

The BGC (Betting and Gaming Council), which is the industry trade body, has said that in general, gambling levels have fallen since lockdown began. It added that its members had put measures to protect the vulnerable who might be tempted to gamble while in isolation.

However, financial reports from various gambling firms indicate that the decrease in betting levels is partially being offset by rising stakes on slot machine games and online casinos.

Earlier this month, Nigel Huddleston, the sports minister, wrote to BGC and the five biggest gambling firms, urging them to put extra measures in protecting customers from harm.