Frederick gets team in MLB Draft League: Door may be closed for Valley 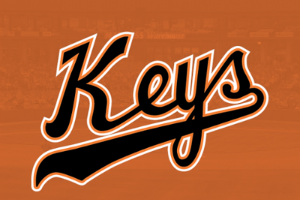 Good news for Valley League fans coming out of bad news up in Frederick, Md., which is losing its 31-year affiliation with the Baltimore Orioles farm system, with the consolation prize being a franchise in the new MLB Draft League.

How this is good news for the VBL: it would seem that this would close the books on the possibility of the MLB Draft League adding a franchise in the Valley League’s footprint.

We’d heard rumblings of there being talks in progress with groups in Harrisonburg and Winchester regarding the MLB Draft League, which is set to launch in the summer of 2021 with a 68-game season in six cities, with rosters featuring top amateur prospects.

We don’t know if this is it in terms of the league structure for year one, but the fact that all of the existing franchises are based in communities that are losing MiLB affiliations might suggest that Winchester and Harrisonburg are reaches.

Meanwhile, man, gotta feel for those folks up in Frederick, which built a $3 million, 5,400-seat stadium that opened in 1990, a year after the Orioles decided to locate their Advanced-A affiliate there.

“We are ecstatic to have Frederick continue to be a gateway to the Majors in the all-new MLB Draft League and cannot wait for another season of Keys baseball,” Keys President and Owner Ken Young said. “Frederick is such a wonderful community with tremendous fans and support. Over the years the Keys have been one of the best drawing franchises in the Carolina League, and we very much appreciate that commitment from the greater Frederick area.”

Aberdeen will be the new home for the Orioles’ Advanced-A team in the Carolina League. The IronBirds franchise, formerly of the New York-Penn League, has played in the 6,300-seat Cal Ripken Stadium since the stadium’s opening in 2002.

The O’s also announced Wednesday that they will retain current affiliations for Norfolk (Triple A), Bowie (Double A) and Delmarva (Low-A).