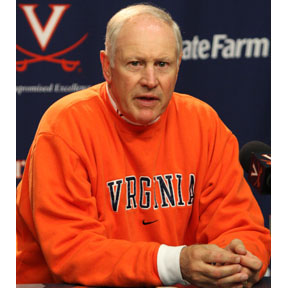 Former UVA Football coach Al Groh is getting the band back together for a special event on Wahoowa Saturday.

A re-broadcast of the 2007 Virginia football team’s game at Miami is set to air on the ACC Network Saturday at 4 p.m. Players from that game will participate in a Watch Party hosted by Groh as part of the athletics department’s Wahoowa Saturday events.

The game was the last regular-season contest held at the Orange Bowl. Before a capacity crowd, the Cavaliers stunned the Hurricanes, winning 48-0.

Players will join Groh for the Watch Party on a quarter-by-quarter basis.

Fans can make comments and ask the Watch Party participants questions on Twitter by using #GoHoos and on Facebook.