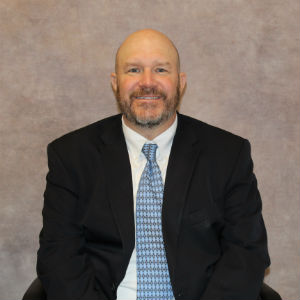 Jarrett Hatcher, who led R.E. Lee to a state championship in 2017, has been hired as an assistant coach on the staff of Bridgewater College men’s basketball head coach Steve Enright.

Hatcher, a 1993 BC graduate, was also an assistant at R.E. Lee under his father, the legendary Paul Hatcher, who won 897 games at R.E. Lee, the most in Virginia High School League history, and four state titles.

Paul Hatcher is also a Bridgewater alum, and was elected to the school’s athletics Hall of Fame in 1999.

While a student at Bridgewater, Jarrett Hatcher worked on Bill Leatherman’s basketball staff, where his duties included scouting opponents and coaching the Eagles’ junior varsity team.

Hatcher assisted with the varsity team and was head junior varsity coach at R.E. Lee from 1992-2003. He was the varsity assistant coach from 2003-2011, and during that time the Leemen won two state championships and won a state-record 85 games in a row.

Following his father’s retirement in 2011, the younger Hatcher took over as head coach of the Lee program and coached the program for six years.

In 2017, he led the Fighting Leemen to the 2A state championship with a victory over Amelia.

During his coaching career at Lee, Hatcher coached several college players, including current Division I players Darius George at Marshall and Jarvis Vaughan at Monmouth. Both were members of the 2017 state championship team.

“We are incredibly excited to add Jarrett to our staff,” Enright said. “He will be a valuable asset in moving our program forward. I believe he is more than qualified for this role and will help us on the floor, in scouting and in alumni relations.”