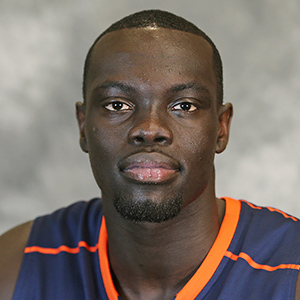 Former UVA basketball standout Marial Shayok has signed a two-way contract with the Philadelphia 76ers that will have him splitting time in the NBA and the G League.

“Marial is a natural-born scorer who is committed to being a tough defender,” Sixers general manager Elton Brand said. “He’s a great person and a talented basketball player who can stretch the floor and knock down the three-point shot. We look forward to growing Marial within our programs in both Philadelphia and Delaware.”

Shayok, a 2019 second-round draft pick, played three seasons at UVA before transferring to Iowa State in 2017. After sitting out a transfer year, Shayok led Iowa State in scoring as a senior with 18.7 points per game, en route to All-Big 12 First Team honors.

Per NBA rules, teams are permitted to have a maximum of two players under two-way contracts in addition to the players under standard NBA contracts. A two-way player for the 76ers will provide services to the team’s G League affiliate – the Delaware Blue Coats – but can spend up to 45 days with the 76ers, not including any time spent with Philadelphia prior to the start of Blue Coats’ training camp or following the conclusion of Delaware’s regular season.