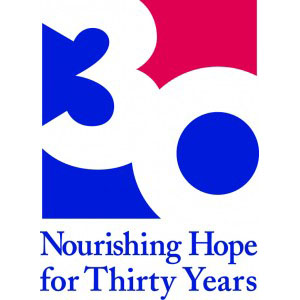 Families on limited incomes throughout the Blue Ridge area continue to make difficult choices between their basic needs and putting food on the table, according to a recent study of hunger in the area. Those choices get harder as the holidays approach, said Blue Ridge Area Food Bank (BRAFB) CEO Michael McKee.

“The difficulties our clients face in choosing between paying important bills and buying essential food remain constant and widespread,” McKee said. “Those challenges are magnified around the holidays, when families look to celebrate over a special meal.”

Among the households surveyed in Hunger in America 2014, a study recently released by the Blue Ridge Area Food Bank and commissioned by Feeding America:

Last year, the Food Bank and its network of 224 partner food pantries, soup kitchens and shelters distributed 3.5 million meals to people in need during November and December alone, a 10 percent increase over the previous year. McKee said he expects the need to remain high this holiday season.

“Requests for help have remained elevated for the last seven years. Each month 114,000 people seek our help—a 65 percent increase since 2007,” he said. “With the community’s support, we’ll ensure that putting a holiday meal on the table is one less thing our neighbors will have to worry about this Thanksgiving.”

Through its four branches, the Blue Ridge Area Food Bank provides food to the following each month:

Those who would like to help the Food Bank and its network of community partners provide meals to people in need this holiday season may give online at www.brafb.org/donate.

About Hunger in America 2014

Hunger in America 2014 is a series of quadrennial hunger studies, and the largest and most comprehensive of its kind. Commissioned by Feeding America, the nation’s largest domestic hunger relief organization, the study was conducted and produced by the research vendor Westat, along with The Urban Institute. The Blue Ridge Area Food Bank is one of 200 Feeding America member food banks that participated in the study. Hunger in America 2014 covers data collected between October 2012 and August 2013.

Founded in 1981, the Blue Ridge Area Food Bank is the largest organization alleviating hunger in western and central Virginia. Headquartered in Verona, VA, the Food Bank serves 25 counties and nine cities through distribution centers in Charlottesville, Lynchburg, Winchester and Verona. The Blue Ridge Area Food Bank distributes more than 24 million pounds of food annually to 114,000 people each month through a network of 224 community partners — food pantries, soup kitchens, shelters, schools, churches and other non-profit groups. The Food Bank is a member of Feeding America, a national food bank association that supports more than 200 food banks across the United States. For more information, visitwww.brafb.org.