Focus | All about the jazz 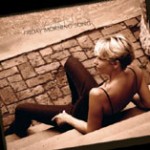 The old saying about the difference between blues and jazz has it down. Blues is three chords for a thousand people, and jazz is a thousand chords for three people.

“There’s some truth to that,” said Liz Barnes, who as a blues musician has opened for the likes of The Fabulous Thunderbirds and Delbert McClinton, and as a jazz musician has recently released her first CD collection, “Friday Morning Song.”

“Jazz is about about the creative process,” said Barnes, who moved to Waynesboro a few years ago after serving as the director of jazz studies at the Governor’s School for the Arts in Norfolk for several years.

“It’s not just going in and playing the standards that other people have written. That’s part of it with jazz players, but I never wanted to stop there. I wanted to have a voice, and it wasn’t until I’d been doing it this long that I felt I even had the right to attempt such a thing, that I had something legitimate to say,” said Barnes, who continues in education as a private instructor, and began work on her CD as a sort of personal private instruction lesson for her young son, Josh.

“Really I wanted something in the event that I was hit by a bus so my son could have some document of my musical journey,” Barnes said half-jokingly.

A pianist and composer, Barnes wrote vocals for the CD because “I felt I had something to say, and not just with music,” she said, and she enlisted the aid of local jazz vocalist Jennifer Kirkland on several tracks to bring the words to life.

Online
More information about “Friday Morning Song,” including samples from three tracks and ordering information, is available online at www.lizbarnes.net.