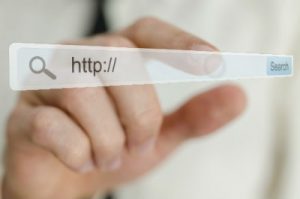 According to court documents, Lainez became friends with the victim online in September 2019, and the two started talking through Twitter direct messages. In January, Lainez requested a nude photograph of the victim, who initially declined but later relented.

Over the next several weeks, Lainez asked if the victim would have a sexual relationship with him and informed the victim that he would only be able to “move on” and be friends if they had sexual intercourse. When the victim declined his advances, Lainez demanded a nude video, threatening to expose the victim’s personal information if she did not send nude videos as he had demanded.

When threats of exposure failed to work, Lainez threatened physical harm. On Febr. 21, Lainez sent a Twitter DM showing a screenshot in which Lainez is directing other Twitter users to “please beat [her] ass…”

In another Twitter DM, Lainez threatened to rape the victim.

In another screenshot, Lainez sent the victim what appears to be a “Notes” page that included her name, high school, city of residence, university, telephone number, and other sensitive information. Lainez added a message, “On my draft ready go go [sic] and I’m adding more.”

Fearful that Lainez would follow through with his threats, the victim gave in to Lainez’s demand for a nude video of herself.

This did not stop Lainez’s abusive behavior, which continued on an almost daily basis for weeks.

In his Twitter DMs, Lainez repeatedly admitted that he was extorting the victim. In one DM, Lainez stated that he was going to “keep Blackmailing you and adding things for you to do whenever you lie or I think you’re lying to me.”

In another DM, Lainez wrote, “Lowkey hate this and like it at the same time, I just wish I didn’t have to literally blackmail you for you to tell me the truth and not be a whore lol.”

“This defendant used a keyboard to harass the victim in this case with remarkable cruelty, to the point of causing her panic attacks—all while trying to hide in the shadows of the internet,” First Assistant United States Attorney Daniel P. Bubar said. “This abhorrent conduct of extortion and blackmail is just as wrong in cyberspace and will be punished accordingly.  I am proud of the work of the FBI for bringing this defendant to justice and allowing the victim at least some semblance of peace.”

At sentencing, Lainez faces a maximum possible penalty of up to five years in prison and/or a fine of up to $250,000, as well as a period of supervised release.