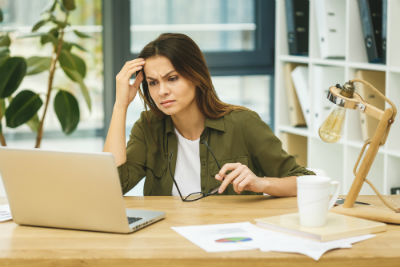 Anxiety is a typical reaction to any threatening situation, and many people experience it at some point in their life. Human body’s automatic “fight or flight” response system is activated whenever there is a stressful situation. But for some people, it is more than just stress, and they continuously experience it every other day. When this anxiety becomes constant or starts to affect the daily life, work performance or relationships, it is a sign of an anxiety disorder.

There are many types of anxiety disorders, but in any form, they could be disabling and restricting a person to enjoy a healthy life. But it is necessary to know that it is not something bizarre , in-fact anxiety disorders are one of the most common mental disorders in the world. Regardless of the nature of an anxiety disorder, proper treatment, medical therapy and counselling can help to relieve its symptoms.

Here are the five most common anxiety disorders that everyone should know.

Generalized Anxiety Disorder (GAD) is a highly prevalent condition, and nearly everyone experiences it at some time. NHS explains generalized anxiety disorder as a long term condition which makes a person anxious in multiple situations instead of worrying about one specific thing. Sometimes it just shows up as excessive worrying on something which is not something to worry about for someone else—for example, preparing for an exam, leaving for a job interview or talking to a stranger. People having generalized anxiety disorder feel anxious all the times, and some of them also experience heart palpitations and frequent worrisome thoughts.

Obsessive-Compulsive Disorder (OCD) is another common anxiety disorder in which a person obsessively thinks about something and shows a compulsive behaviour. Although it sounds harmless, these unwanted thoughts and actions could hinder in routine life and affect it. For example, it is challenging for a person with the obsessive-compulsive disorder to meet someone or shake hands for the constant fear of getting germs from interacting with others. In a way, the compulsive actions of OCD are a defensive way to prevent anything bad from affecting the person, such as continuously washing hands after shaking hands with anyone.

OCD could show up in various forms; some of them are as follows.

Panic Disorder is when a person continually experiences panic attacks. There is no standard definition of panic attacks; it just feels like an extremely stressful situation with no solution. Some people feel difficulty in breathing, palpitations and blackout when they have a panic attack. For others, it might not be as severe.

It is not uncommon to experience a panic attack once or twice in life. But when these attacks are repetitive, they are characterized as “panic disorder” which needs medical attention and care. The acute cases of panic attacks are sometimes mixed with Generalized Anxiety Disorder; however, both of these are different types of anxiety disorders.

Common signs of panic disorder are as follows.

Post Traumatic Stress Disorder is common among people who have experienced something very shocking, dangerous or unforgettable. It is common for everyone to feel traumatized after such a situation, but some people find it hard to get over it. For example, surviving a war, child abuse, natural diester, rape or accident. National Institute of Mental Health characterizes post-traumatic stress disorder if a person experiences any of the following for at least one month.

Everyone is susceptible to experience Post Traumatic Stress Disorder at any time and age after experiencing a haunting event. The National Center for PTSD, reports that at least 7-8 out of every 100 people experience these symptoms at some time of their life. However, this risk is higher in women than in men.

Social Anxiety Disorder is also known as social phobia. It could affect a person so adversely that leaving the house even for essentials becomes impossible for the constant fear of interacting with people. People with social anxiety disorder find it hard to continue a relationship and meet new people. They also feel troubled while going to work, doing groceries or going out for a walk. They think that other people would judge them for anything that they do. Some of the common symptoms of social anxiety are; excessive sweating, shaky voice, trembling, faster heart rate, blushing, or inability to speak.

Anxiety disorders could show up in different symptoms. If you suspect that you are experiencing any of the anxiety mentioned above disorders, it is necessary to get medical help. Alternatively, you can use conventional anxiety medicines for a short time to see how well your body responds to them. Do not hesitate to contact a professional for help or buy diazepam or any other anxiolytic medicine to cope up with the anxiety. More than half of patients of anxiety feel relieved after taking general medications and following lifestyle changes to manage stress.