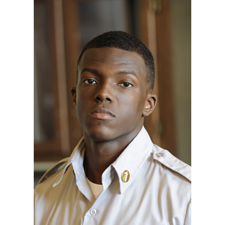 UVa. found its point guard of the future – and he’ll be playing this season on the postgrad basketball team at Fishburne Military School.

Teven Jones, a 6-1 prospect from Kannapolis, N.C., verbally committed to the University of Virginia on Wednesday.

Jones joins an elite recruiting class for 2012 being put together by UVa. coach Tony Bennett.

PG coach Ed Huckaby told The Daily Progress that he would put Jones “against any of the top-ten point guards nationally.

Jones told the Progress that he had been getting offers from other high-profile programs, but decided to commit after making an unofficial visit to UVa. and came away from the experience feeling “comfortable.’

“I was just focused on UVa.,” Jones said.

Get the latest on Fishburne Military School athletics at www.FishburneTimesConnect.com.