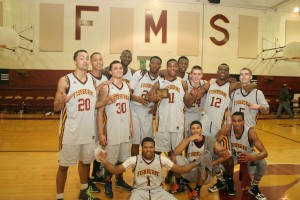 The second-ranked Fishburne Military School postgrad basketball team is among the eight teams invited to the National Prep Championships being contested March 4-5 in New Haven, Conn.

Fishburne (24-5) will play defending national champion Northfield Mt. Hermon (22-8) in the national quarterfinals on Tuesday at 10 a.m. A win there advances FMS to the semifinals against the winner of the game between top-ranked Brewster Academy (28-2) and #10 South Kent School (16-7) on Wednesday at 11 a.m.

The national championship game is set for 7 p.m. Wednesday.