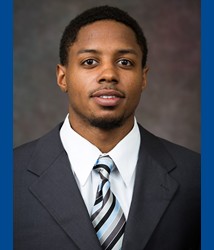 Taylor was a member of the first Fishburne Military School postgrad team in 2009-2010 before signing with the University of Alabama-Birmingham. Taylor, a 6’0” point guard, is slated to start at the point for Longwood heading into 2014-2015.

“Being named team captain by my teammates is a great honor,” Taylor said. “It shows that my teammates think highly of me and respect me as a player.”

Longwood will make its debut on Nov. 8 when Farmville neighbor Hampden-Sydney comes to Willet Hall for a 5 p.m. exhibition contest. Longwood’s season opener will tip off on Nov. 14 at 7 p.m. against Averett.