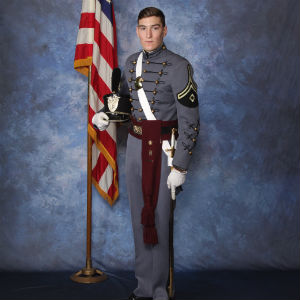 Jones, the son of Stanley Jones II and Jeanie Jones, hopes to enroll in the University of Tennessee (Knoxville) upon graduation from Fishburne Military School.

The Fishburne Military School Corps of Cadets is an Army JROTC Honor Unit with Distinction within the United States Army Cadet Command’s 4th Brigade. The Battalion Commander (BC) is the highest ranking Cadet within the Corps and has a variety of obligations and responsibilities such as supervising the Battalion’s four company commanders, maintaining accountability of all cadets, and leading the corps in day-to-day activities.