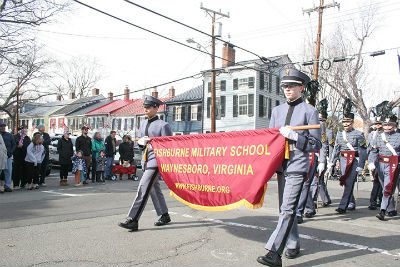 The Caissons took first place in the Military Units and Drill Teams category and also brought home the third place award in the category of Youth Bands.

“This is always a tremendously enjoyable and gratifying event for the Corps,” notes Fishburne Military School’s Senior Army Instructor, LTC Robert Hunt, USA (Ret.). “This year it is particularly meaningful for us as Fishburne celebrates its 100th year as an Army JROTC unit.”