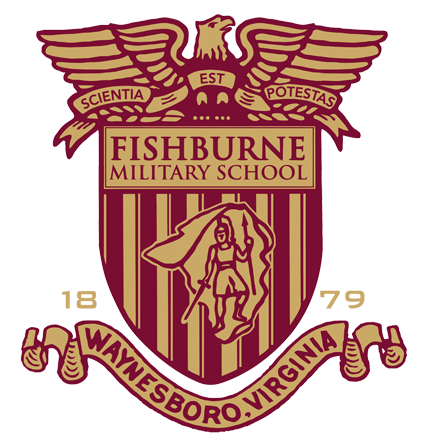 Biele, FMS ’53, is a 1957 Naval Academy graduate who went on to earn a postgraduate degree in aeronautics and astronautics from MIT and served as the commanding officer of a Navy ballistic nuclear submarine.

Chatting with recent Fishburne alums Brandon Olszewki and Novak Porter, both FMS ’13, the talk was more about “how times have changed in fifty-plus years” at Fishburne and the Academy, Biele said.

“As always, I thought it was bad when I was there, they think it’s bad when they’re there, but in reality, we all enjoyed it, we all learned a lot, and Fishburne gave all three of us a wonderful background, the academics, the military and the athletics. The story is leadership for life, and it really is true,” said Biele, a member of the Fishburne-Hudgins Educational Foundation Board of Trustees.

Biele was honored at halftime of the Fishburne-Naval Academy basketball game along with Olszewki and Porter.

“I wouldn’t have gone to the Naval Academy, I wouldn’t have had a Navy career, if it weren’t for Fishburne,” said Biele, who retired from the Navy in 1987.

The class of 1953 valedictorian said his time at Fishburne “gave me a start, and enabled me to go to the Naval Academy.”

“Having been here at Fishburne, it was an awful lot easier there because I’d learned all the basics,” Biele said.

“I had a great career in the Navy, and it all started right here at Fishburne.”