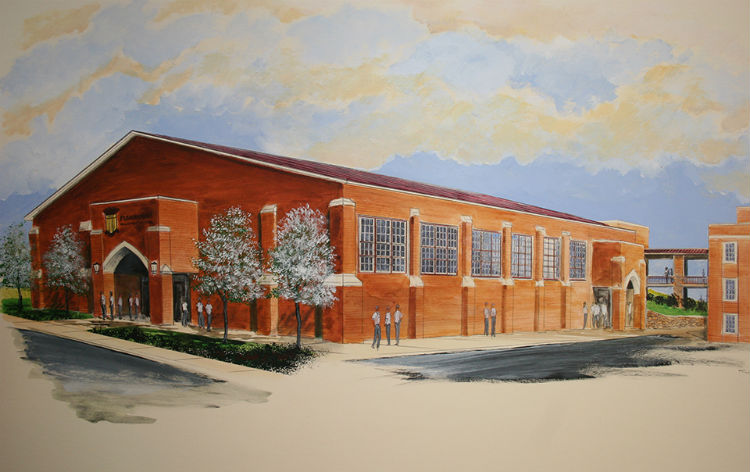 Fishburne Military School announced today that the school will begin construction of the Hitt-Millar Field House no later than August 2018.

The 23,000 square-foot Hitt-Millar Field House at Fishburne Military School will connect to the existing gymnasium on campus and will include a full basketball court, weight-training facilities, a multi-purpose conference area, a fully-equipped trainer’s room, and coaches’ offices. The new field house will also include a warming kitchen and will serve as a large, on-campus gathering location for activities and events associated with Parents’ Weekend, Alumni Weekend, and graduation or during periods of inclement weather.

The multi-sport facility will be dividable and climate-controlled.

Harman Construction, Inc., of Harrisonburg has been selected as the Design-Build Contractor for this $4.5 million facility, which is expected to be completed in August of 2019.

The project was made possible through generous donations from the Hitt and Millar family. Russell Hitt, FMS Class of 1953, a long-time supporter of Fishburne Military School joined with his daughter Tracy Hitt Millar, and her husband Jim Millar to provide this exceptional facility as a gift to the Corps of Cadets. Two of Russell Hitt’s grandsons, Wes Millar (FMS Class of 2007) and Gage Nash (FMS Class of 2012) are also proud graduates of Fishburne.