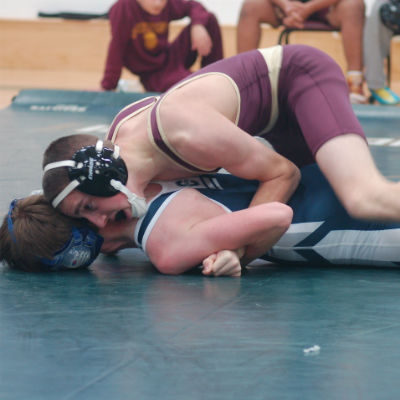 Fishburne Military School is hosting the Virginia Independent Conference wrestling championships on Saturday, and four Caissons will bring undefeated records into the VICs.

“As a team right now, we are as healthy as we have been all season,” Waters said. “We have been stressing the little things in practice and getting those right.  The practices have been going well, and I think the guys are ready.”

“I think it will be a dog fight between us and Covenant, and the day may come down to back points, so our kids will have to perform well in the consolations,” Waters said. “Hargrave and Roanoke Catholic have a few wrestlers throughout their lineups that could make things interesting. Realistically, I think we have a good shot to have six or seven champions.”