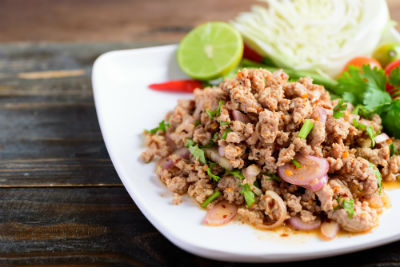 More and more people in Thailand and around the world are discovering the charms and irresistible cuisine of fine dining Thai restaurants. Thai cuisine has for many years, been one of the world’s favourites.

The spiciness and complexity of the dishes have delighted food-lovers the world over for many years. But Thai food is relatively tricky for cooks to prepare who haven’t spent a lifetime cooking it. It takes a lot of paying attention in the kitchen of an experienced Thai chef to pick up all the nuances of making this intricate cuisine taste up to the standards of most Thais.

The sheer amount of ingredients and preparation methods for Thai food would make it seem like an obvious choice to be converted into a style of fine dining. But fine dining Thai restaurants are just starting to emerge and become popular in the world of food aficionados.

The Need to Adhere to Standards of Balance

There have been attempts by notable chefs to include some elements of Thai cooking in other dishes they were ‘creating’, but this so-called ‘fusion’ cuisine has faded in popularity in cities around the world like New York, London and San Francisco.

Part of the reason may be that more and more people have visited Thailand and tasted the real thing. These food-lovers have sampled authentic Thai food created by skilled Thai chefs, even those working on street corners in Thailand. To them, they understand that lemongrass, chilli and other signature Thai ingredients are just one part of makes Thai cuisine so unique and challenging to prepare.

There are innate standards of flavours that must be adhered to in Thai cuisine to make it palatable and recognisable to most Thais. The five elements of taste; sour, sweet, bitter, salty and creamy, are carefully balanced in every Thai dish to lend it the unmistakable flavours of Thai cuisine.

Spice Has to Accent the Dish

Some inexperienced cooks have tried to replicate Thai dishes by getting close to the flavours and then adding a lot of chillies. But they don’t understand that the heat should be complementary in a Thai dish. It should add to the flavour and not just be there to add heat.

When you’re immersed in Thai cuisine as are most Thais, you can taste a subtle difference in the chillies and spiciness of dishes that are as characteristic as the dishes themselves.

The best fine dining Thai restaurants are, of course, in Thailand. But other Thai, fine dining restaurants are starting to appear in other parts of the world. These restaurants are owned and run for the most part by Thai chefs who have spent years learning the recipes of their homeland before making the leap and creating their own takes on this classic cuisine.

Most foreign-born chefs simply don’t have the depth of experience and knowledge to create anything as complex and intricate as Thai fine dining. But as the world has fallen in love with Thai cuisine, it’s only a matter of time.