Financial tyranny: America has become a pay-to-play exercise in fascism 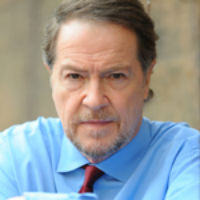 Don’t ask me what I want it for
If you don’t want to pay some more
‘Cause I’m the taxman, yeah, I’m the taxman…
And you’re working for no one but me.
— George Harrison, “Taxman”

We’re not living the American Dream. We’re in the grip of a financial nightmare.

“We the people” have become the new, permanent underclass in America.

Case in point: Lawmakers across the country have been acting as fronts for corporations, sponsoring more than 10,000 model laws written by corporations, industry groups and think tanks such as the American Legislative Exchange Council.

Make no mistake: this is fascism disguised as legislative expediency.

As a recent investigative report by USA TODAY, The Arizona Republic and the Center for Public Integrity points out, these copycat bills have been used to “override the will of local voters” and advance the agendas of the corporate state. “Disguised as the work of lawmakers, these so-called ‘model’ bills get copied in one state Capitol after another, quietly advancing the agenda of the people who write them.”

In this way, laws that promise to protect the public “actually bolster the corporate bottom line.”

For example, “The Asbestos Transparency Act didn’t help people exposed to asbestos. It was written by corporations who wanted to make it harder for victims to recoup money. The ‘HOPE Act,’ introduced in nine states, was written by a conservative advocacy group to make it more difficult for people to get food stamps.”

So we have no real say in how the government runs, or how our taxpayer funds are used, but that doesn’t prevent the government from fleecing us at every turn.

This is true whether you’re talking about taxpayers being forced to fund high-priced weaponry that will be used against us, endless wars that do little for our safety or our freedoms, or bloated government agencies such as the National Security Agency with its secret budgets, covert agendas and clandestine activities. Even monetary awards in lawsuits against government officials who are found guilty of wrongdoing are paid by the taxpayer.

We’re being forced to pay for endless wars that do more to fund the military industrial complex than protect us, for misguided pork barrel projects that do little to enhance our lives, and for the trappings of a police state that serves only to imprison us within its walls.

All the while the government continues to do whatever it likes—levy taxes, rack up debt, spend outrageously and irresponsibly—with little thought for the plight of its citizens.

We’re being played as easy marks by hustlers bearing the imprimatur of the government.

Truly, if there is an absolute maxim by which the federal government seems to operate, it is that the taxpayers—who fuel the nation’s economy and fund the government’s programs—always get ripped off.

$28 million for a camouflage pattern for the Afghan National Army’s uniforms that had to be discarded because it clashes with the desert; $80 million to corral wild horses that would fare better unpenned; $5 million for a study to conclude that fraternity and sorority members drink more than their peers; and more than $1 billion worth of small arms, mortars, Humvees, and other equipment that has gone “missing” in Iraq.

If Americans managed their personal finances the way the government mismanages the nation’s finances, we’d all be in debtors’ prison by now.

Still, the government remains unrepentant, unfazed and undeterred in its money grabs.

With every new tax, fine, fee and law adopted by our so-called representatives, the yoke around the neck of the average American seems to tighten just a little bit more.

Everywhere you go, everything you do, and every which way you look, we’re getting swindled, cheated, conned, robbed, raided, pickpocketed, mugged, deceived, defrauded, double-crossed and fleeced by governmental and corporate shareholders of the American police state out to make a profit at taxpayer expense.

The overt and costly signs of the despotism exercised by the increasingly authoritarian regime that passes itself off as the United States government are all around us: warrantless surveillance of Americans’ private phone and email conversations by the NSA; SWAT team raids of Americans’ homes; shootings of unarmed citizens by police; harsh punishments meted out to schoolchildren in the name of zero tolerance; armed drones taking to the skies domestically; endless wars; out-of-control spending; militarized police; roadside strip searches; roving TSA sweeps; privatized prisons with a profit incentive for jailing Americans; fusion centers that collect and disseminate data on Americans’ private transactions; and militarized agencies such as the IRS, Dept. of Education, the Smithsonian and others with stockpiles of ammunition, to name some of the most appalling.

Meanwhile, the three branches of government (Executive, Legislative and Judicial) and the agencies under their command—Defense, Commerce, Education, Homeland Security, Justice, Treasury, etc.—have switched their allegiance to the Corporate State with its unassailable pursuit of profit at all costs and by any means possible.

We are now ruled by a government consumed with squeezing every last penny out of the population and seemingly unconcerned if essential freedoms are trampled in the process.

While we’re struggling to get by, and making tough decisions about how to spend what little money actually makes it into our pockets after the federal, state and local governments take their share (this doesn’t include the stealth taxes imposed through tolls, fines and other fiscal penalties), the police state is spending our hard-earned tax dollars to further entrench its powers and entrap its citizens.

If you want to know the real motives behind the government’s agenda, follow the money trail.

When you dig down far enough, you quickly find that those who profit from Americans being surveilled, fined, scanned, searched, probed, tasered, arrested and imprisoned are none other than the police who arrest them, the courts which try them, the prisons which incarcerate them, and the corporations, which manufacture the weapons, equipment and prisons used by the American police state.

Americans have also been made to pay through the nose for the government’s endless wars, subsidization of foreign nations, military empire, welfare state, roads to nowhere, bloated workforce, secret agencies, fusion centers, private prisons, biometric databases, invasive technologies, arsenal of weapons, and every other budgetary line item that is contributing to the fast-growing wealth of the corporate elite at the expense of those who are barely making ends meet—that is, we the taxpayers.

Those football stadiums that charge exorbitant sums for nosebleed seats? Our taxpayer dollars subsidize them.

Those blockbuster war films? Yep, we were the silent investors on those, too.

You’re not free if the government can seize your home and your car (which you’ve bought and paid for) over nonpayment of taxes.

You’re not free if government agents can freeze and seize your bank accounts and other valuables if they merely “suspect” wrongdoing.

And you’re certainly not free if the IRS gets the first cut of your salary to pay for government programs over which you have no say.

If you have no choice, no voice, and no real options when it comes to the government’s claims on your property and your money, you’re not free.

As former Congressman Ron Paul observed, “The Founding Fathers never intended a nation where citizens would pay nearly half of everything they earn to the government.”

Unfortunately, somewhere over the course of the past 240-plus years, democracy has given way to kleptocracy (a government ruled by thieves), and representative government has been rejected in favor of a kakistocracy (a government run by the most unprincipled citizens that panders to the worst vices in our nature: greed, violence, hatred, prejudice and war) ruled by career politicians, corporations and thieves—individuals and entities with little regard for the rights of American citizens.

The American kleptocracy continues to suck the American people down a rabbit hole into a parallel universe in which the Constitution is meaningless, the government is all-powerful, and the citizenry is powerless to defend itself against government agents who steal, spy, lie, plunder, kill, abuse and generally inflict mayhem and sow madness on everyone and everything in their sphere.

It has been a process, one that began long ago and continues in the present day, aided and abetted by politicians who have mastered the polarizing art of how to “divide and conquer.”

By playing on our prejudices about those who differ from us, capitalizing on our fears for our safety, and deepening our distrust of those fellow citizens whose opinions run counter to our own, the powers-that-be have effectively divided us into polarized, warring camps incapable of finding consensus on the one true menace that is an immediate threat to all of our freedoms: the U.S. government.

We are now the subjects of a militarized, corporate empire in which the vast majority of the citizenry work their hands to the bone for the benefit of a privileged few.

Adding injury to the ongoing insult of having our tax dollars misused and our so-called representatives bought and paid for by the moneyed elite, the government then turns around and uses the money we earn with our blood, sweat and tears to target, imprison and entrap us.

All of those nefarious government deeds that you read about in the paper every day: those are your tax dollars at work.

So what are you going to do about it?

There was a time in our history when our forebears said “enough is enough” and stopped paying their taxes to what they considered an illegitimate government. They stood their ground and refused to support a system that was slowly choking out any attempts at self-governance, and which refused to be held accountable for its crimes against the people. Their resistance sowed the seeds for the revolution that would follow.

Unfortunately, in the 200-plus years since we established our own government, we’ve let bankers, turncoats and number-crunching bureaucrats muddy the waters and pilfer the accounts to such an extent that we’re back where we started.

Once again, we’ve got a despotic regime with an imperial ruler doing as they please.

Once again, we’ve got a judicial system insisting we have no rights under a government which demands that the people march in lockstep with its dictates.

And once again, we’ve got to decide whether we’ll keep marching or break stride and make a turn toward freedom.

But what if we didn’t just pull out our pocketbooks and pony up to the federal government’s outrageous demands for more money?

What if we didn’t just dutifully line up to drop our hard-earned dollars into the collection bucket, no questions asked about how it will be spent?

What if, instead of quietly sending in our tax checks, hoping vainly for some meager return, we did a little calculating of our own and started deducting from our taxes those programs that we refuse to support?

As I make clear in my book Battlefield America: The War on the American People, if we don’t have the right to decide what happens to our hard-earned cash, then we don’t have any rights at all.

After all, the government isn’t taking our money to make our lives better.

We’re being robbed blind so the governmental elite can get richer.

This is nothing less than financial tyranny.