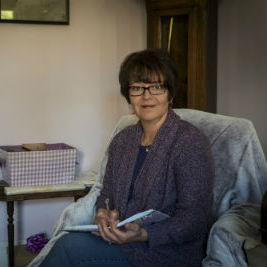 This is the first of my on-going columns geared toward the baby boomers.  However, generations prior and after take heed.  Topics will range from politics, children, grandchildren (mine is the best), pets, Barbie dolls, cellulite, squirrels, gun control (or not), retirement, aging parents, “back in my day,” computer technology, aliens, death, and anything else I choose to write because I can.  I’m 55 years-old and don’t care who I offend; it’s cathartic.  I hope to get a laugh, a thought, and perhaps feedback.  By all means, bring on the hate mail!  I miss that from my intense left-wing phase of my writing life.

I was strolling through the forest with my walking stick (because I’m 55), saw a hornets’ nest, and started smashing it.  Repeatedly.  Here we go.

Baby boomers are typically classified as, usually, Americans born between 1946 and 1964.  There are a lot of us.  I truly doubt we will enjoy the benefits we have paid into because we are all working class.  We have been associated with the following word/terms; privileged, narcissism, excessive consumerism, and the greedy “Me” generation.   I refer you to the film “Wall Street” with Michael Douglas and Charlie Sheen, “Greed is good.”

I will not beg to differ, I will simply state I differ.  The first would be my objection to being privileged.  We were labeled privileged because, unlike the generation prior, we had better opportunities and access toward higher education.  True, many of us pursued and completed an undergraduate degree without ridiculous debt.  However, we were still stuck in the working class only with an education.  Unlike our parents (particularly fathers), we did not have union jobs (that required less than a high school education) that afforded us the purchasing power for a house, a vehicle, 2.7 children, a white picket fence, and, of course, the dog.  Additionally, unlike our parents, we could not afford to send our 2.7 children to universities.

Excessive consumerism was the result of a powerful American economy following WWII (unlike the rest of the world that was recovering from damage and rebuilding) that did nothing but produce.  Those were the days when Detroit was not a ghost town but the center of world vehicle production.  Our fathers (some mothers) worked there at union wages.  The American economy flourished and when we came of age we were encouraged (advertising at its finest) to buy, buy, buy.  And so we did; and we fell into debt, debt, debt.  Here came Ronald Reagan to take away credit card interest deductions from taxes.  He did it gradually, though.  Nice guy.

Generation X, the ones that follow us, are said to be the first to “enjoy a lesser quality of life than the generation preceding it.”  Again, I will not beg, I will simply state I differ.  It is the baby boomers that carry that burden.  We are not enjoying a better quality of life than our parents.  We have no guarantee of retirement.  Many of us cannot even comprehend let alone afford retirement.  The American economy is bleak at best and doomed to fail at its current pace.  We may be the ones hoarding gold under our mattresses.  But, don’t look under mine; I don’t have any.

Finally, this middle class thing; it does not exist and it never has.  We have rich (now super rich), working class, and poor.  That’s it!  By definition, I should be middle class.  And oh, I am.  I have that education.  The definition fails to mention that so does everyone else and we’re still all working class after all.  Working class definition?  Stand by…here it comes…the Marxian version.  I would say working for wages because now a salary can be a contract with “can be dismissed without cause” in it.  Then what’s the point of the contract?

But that’s just my opinion.  Yours?