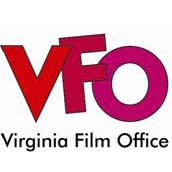 The subjects of these films range from zombies to baseball and take place in settings as far away as the Himalayas or as close to home as a camera truck in Richmond.

The films will be screened in a two-day film festival during which winning films will be announced in the categories of Shorts, Documentaries and Features. The Festival also has Audience Choice awards which allow audience members the opportunity to vote for their favorites in each of the three categories.

The Festival will be held at the historic Byrd Theatre, 2908 W. Cary St., in Richmond.

The cost for attending each screening series is $7 (or $2 with student I.D.). A two-day Festival Pass is $14. Passes for each series are available at the door 30 minutes before each series is scheduled to begin.