Feliciano Lopez, the talented tennis player, started playing when he was just 5 years old with his father. He has been playing professionally since 1997. For the Queen’s Club Championship, he was partnering with Andy Murray. Let’s find out how they collaborated.

All about Feliciano Lopez 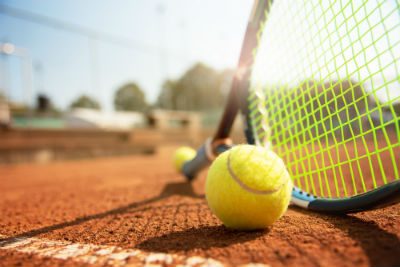 The 37-year-old tennis player was born in Spain. The left-handed player won seven career titles. Known for his strong serve, he displays himself as a confident net player. He loves playing volley as well. Lopez prefers playing grass-court. His style is a bit different as it’s more traditional for a tennis player. Lopez lost many matches when he made his debut but during his journey, he became stronger. He won the 2016 French doubles. A great achievement for him!

Apart from tennis, Lopez is also a model. He made his appearance for brands like Hugo Boss and Elle. Yet, Lopez wants to be seen more like a tennis player than a model. Surely, he has worked harder to get this title. He was married to Alba Carrillo but divorced in 2017. Currently, he is engaged to Model Sandra Gago.

Lopez’s tennis partner is Andy Murray. Born in the UK, the professional tennis player achieved a lot in this career as a tennis player. In November 2016, he was ranked number 1 in tennis. Currently, his ranking is number 222 in men’s singles and 131 in men’s doubles.

Both Andy and Feliciano are good friends.  Feliciano said: ‘’I have spoken to Andy, he is a good friend and we are often on the phone, so I was following his rehab. I haven’t hit with him myself yet but I have heard how he is training, how he is improving and getting better and should be ready. I don’t think he would have asked otherwise. In Australia, when he lost I thought he wouldn’t play anymore. Everyone thought that. But since the second surgery, it seems like he’s doing better. Of course, he would love to play Wimbledon (in the singles) but for the moment it’s too much.”

The match went 7-6, 5-7, 10-5. They beat Rajeev Ram and Joe Salisbury to win the Queen’s Doubles Final. The match was a tense affair. But audiences enjoyed every minute of it. Lopez was fooling around with Andy and said to the press : “I’m going to speak to Andy, but I think he’s going to be responsible today, I don’t have much energy in my body, but my adrenaline is so high now, so hopefully it’s going to be another great final.”

Surely, when it comes to tennis, there’s always excitement. If you want to be part of the adventure of a tennis player and be courtside, head to the online casino Regal Wins for sports themed games.  These games are available anytime. Be it on your phone or tablet. Who knows, these fun filled games might put you in the same shoes as Andy and Feliciano!