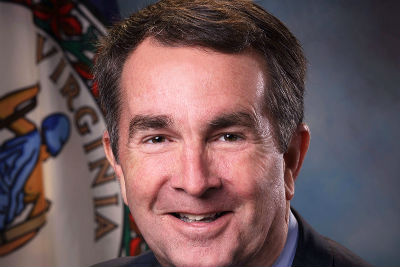 This from the testimony of an FBI agent in federal court on Tuesday in a preliminary hearing related to the arrests of 13 people on state and federal charges.

A person who attended the meeting came forward to authorities “based on concerns (over) some of the directions that the group was headed and potential violence.”

Northam initially declined comment on the matter in a news conference Tuesday afternoon that had been scheduled to provide updates on his COVID-19 public health restrictions.

Earlier in the day, his press secretary, Alena Yarmosky, put out a statement indicating that the FBI had alerted Northam’s security detail throughout the course of the investigation, and that following standard protocols did not inform the governor or members of his staff of the threats.

“Enhanced security measures have been in place for Governor Northam and his family for quite some time, and they will remain,” Yarmosky said.

Her statement then went on raise issue with a tweet from President Trump in April in which the president called upon his supporters to “LIBERATE VIRGINIA.”

“In fact, the President regularly encourages violence against those who disagree with him,” Yarmosky said. “The rhetoric coming out of this White House has serious and potentially deadly consequences. It must stop.”

Northam, later in that press conference, after initially declining to comment, then did offer a response to a reporter’s question echoing the sentiments of the statement from his press secretary from earlier in the day.

“I will not work under a cloud of intimidation. That’s not who I am,” Northam said. “I was elected to serve the Commonwealth of Virginia, and that’s what I plan to do. There have been threats. I know y’all are well aware of some of them that have happened back in January, and as I said, we take those very seriously.

“I have been in harm’s way. As you know, I served in the United States Army for eight years. I was involved in a conflict against Iraq. We knew who the enemy was. We knew it was dangerous. We knew we were in harm’s way, but I wasn’t intimidated by that, and I was proud to fight for my country.

“To what is different now, which is concerning to me, is that the people that are making comments and the rhetoric about our elected officials, these threats and this rhetoric is not coming from another country, it’s coming from Washington, and that I regret. And it needs to stop,” Northam said.

Story by Chris Graham
With reporting by Crystal Graham