As Virginia outlines its third phase of measures to restore and protect the Chesapeake Bay, farmers are concerned that a wave of stringent regulations could wash them out of business.

On April 5, Gov. Ralph Northam released a draft of the state’s Watershed Implementation Plan III for public comment. Nicknamed WIP III, the plan will affect all farmers in the bay watershed, and it has implications for farmers statewide. Several agriculture and forestry organizations provided input and insight for the plan. 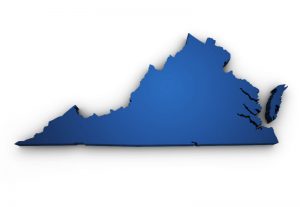 Moore said Farm Bureau is pleased that the WIP III draft includes adequate and consistent funding for the Virginia Agriculture Cost Share Program and for technical assistance. It also calls for better coordination among state agencies that help farmers, and some increased incentives.

But the draft is not without concerns for the state’s farmers. Among the gravest are proposals to expand the Chesapeake Bay Act and its related mandates to farms west of Interstate 95; boost mandatory use of nutrient management plans on all cropland; and mandate those plans for all farms over 50 acres. There’s also a proposed mandate that farmers exclude all livestock from perennial streams, but little assurance of cost-share funding. There is an additional proposal to encourage citizens to be “pollution patrols.”

“I have dairy-farmed and raised beef cattle, and the benefits of fencing animals away from streams and stream banks are not lost on farmers,” said VFBF President Wayne F. Pryor, who farms in Goochland County. “But fencing part of a farm is never inexpensive. And animals that are fenced out of streams or rivers require pump-fed watering stations for their drinking water—an additional expense.”

Stream exclusion fencing and other conservation practices are on many farmers’ to-do lists, Pryor continued. “But not every farm can make those improvements without assistance. And a mandate to do so could push some farms to the point where they are no longer viable.”

Having that struggle play out in front of neighbors looking for faults in a farm’s stewardship “will add insult to injury.”

Historically, Moore noted, when Virginia has provided funding assistance for conservation practices, “farmers have stepped up and implemented them. But in the past decade, they’ve lined up for a roller coaster of cost-share funding, not knowing when it will be available, or for what practices.”

The past 18 months have been particularly challenging for producers nationwide, she said. Trade disputes have throttled markets for soybeans and other commodities, and milk prices have dropped to nearly half of what they were five years ago. Other sectors have seen similar woes.

In a recent commentary to The Richmond Times-Dispatch, Pryor said Virginia’s farmers “are keenly aware that we’re all upstream from someone else, and many of us are upstream from one of the nation’s most precious environmental resources. But we need lawmakers to realize we’re also swimming upstream, economically.

“We’re going to keep treading water as long as we can. We’d appreciate a hand, as opposed to a mandate set in stone that could sink us.”

The Chesapeake Bay Program announced March 26 that water quality in the bay met its highest level since monitoring began in 1985. In 2017 Virginia agriculture met the program’s midpoint goals for nitrogen and phosphorus runoff reduction.