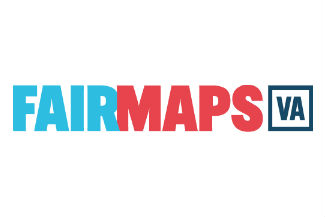 “Sometimes a straight line is all we have between right and wrong,” the ad narrator says. “In Virginia, too many politicians choose a crooked line when it comes to redistricting. They want to protect their re-election – instead of being fair.”

The ad, which will begin airing today as part of a six-figure buy in the Norfolk, Richmond and Roanoke markets, reminds voters about Virginia’s long-broken redistricting system and makes clear that Amendment 1 is the way to fix the status quo – with a bipartisan redistricting commission that ends partisan gerrymandering.

“Let’s make sure there are no more crooked lines and no more partisan gerrymandering. Vote YES on Amendment 1.”

Amendment 1 is the product of a two-year bipartisan compromise in Virginia’s General Assembly. It would create the Commonwealth’s first-ever bipartisan redistricting commission, and would be led by citizens, not politicians – another first in Virginia history.

Further, the commission will require full transparency of all meetings, add long-overdue civil rights protections for minority voting communities to the state constitution, and institute rules that would end partisan gerrymandering in Virginia once and for all.

Amendment 1 has a long list of bipartisan endorsements – from Virginia-based advocacy organizations to national anti-gerrymandering groups to every major newspaper in the Commonwealth and prominent elected officials.