Expect the Trailblazers to make the Western Conference playoffs 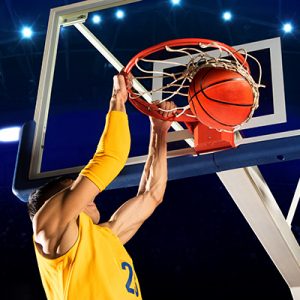 While Zion Williamson, Ja Morant, and Devin Booker may one day reach his level, it is indisputable that Damian Lillard is the best and most accomplished player on any of the teams contending for the Western Conference play-in tournament. If you are starting a new franchise today, Dame Lillard is a no brainer one of the top NBA picks today, he is absolutely elite. The five-time all-star and former all-NBA first team guard has carried the Blazers to victories this season. Before the season’s suspension, Lillard had been averaging a career high in points per game (28.9), field goal percentage (45.7%), three-point percentage (39.4%), assists per game (7.8), true-shooting percentage (61.9%), and player-efficiency rating (26.2). Lillard ranked in the top five of the NBA in terms of scoring per game and total three-pointers made. Lillard has scored over 40 points in seven games this season.

Reinforcements Are On The Way

Despite a career season from Lillard, the Blazers have largely underperformed following their first trip to the Western Conference Finals in two decades last season. Even though center Hassan Whiteside has impressive individual statistics, the Blazers have been abysmal defensively. At the time of the season’s suspension in March, the Blazers had the fourth-worst defensive rating in the NBA.

However, the four-month break may be what the doctor ordered for Portland’s struggling defense. The layoff has provided Zach Collins and Jusuf Nurkic with the time that they needed to recover from injuries that have effectively sidelined both seven-footers for the entire season. Collins and Nurkic were expected to be significant contributors at the beginning of Portland’s season. Collins and Nurkic should help a team that has had its difficulties with defending in a competent manner.

The Blazers are in desperate need of some help late in games. Although the Blazers are one of the more talented teams in the West they have trouble closing out games. They rank 18th in the NBA for 2nd half point margin. With the young guns getting healthy and back on the floor the Blazers may finally be able to cover some 2nd half spreads, and maybe advance far in this new playoff format.

The teams competing with Portland for the final playoff spot in the West are incredibly flawed. Even though the Suns, Grizzlies, and Pelicans are very talented, their best players are young players who lack any experience with playoff basketball at the professional level. The Spurs and Kings will likely finish their seasons without the services of two of their better players in LaMarcus Aldridge and Bojan Bogdnavic, respectively.

The Blazers are far from a lock to make the playoffs. It is possible that the Blazers have dug themselves too deep of a hole. However, bettors should regard Portland as the favorite to advance to the postseason. The Blazers are clearly the healthiest and most experienced team left among the teams vying for playoff contention in the Western Conference.