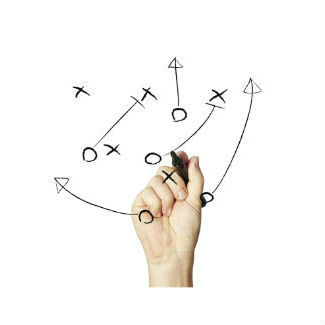 Daniel Oporto is a remarkable man that has achieved many things in his life. Over the years he has received positive attention for his clothing brand and in 2009 he was chosen as one of the top 5 designers in South America. Not only that, but in 2006  he had captured the attention of major celebrities and started designing their wardrobes for the Oscar awards, as well as well known doctors and lawyers. We have been given the opportunity to have an exclusive interview with Daniel Oporto himself.

Is it true that you have been helping out those in need in South America?

“I was born in Bolivia, so it will always be my home. I moved to the U.S at 14 years old and even though I have made a name for myself here, I am still very well known in South America and I do help the people out there. I’ve been donating to jails all over South America for the past 10 years. Not only that, but I have so many projects that I want to start doing; especially to help animals in need. I currently have the Daniel Oporto foundation and have had a wonderful actress named Carla Ortiz, help donate money to help give resources for children who are especially in prison with their parents.”

What inspired you to start up your clothing brand?

“I studied Art at Florida International University and then later moved to Los Angeles, where I studied film and television. Then I got offered the job as a personal stylist and ended up working for some celebrities such as Mark Walbergh, Placido Domingo and Vittorio Griggolo. I also helped with styling for some television series such as entourage, as well as movies and wardrobe designing for Placido Domingo’s concerts. I became passionate about fashion and wanted to continue to do that as a career.

While in New York, I participated in Fashion shows, fashion weeks, and worked with very well known photographers such as David La Chapelle and Mario Testino. Once I felt like I gained enough experience, I stayed put in Los Angeles and started my clothing brand.”

How does it feel to be ranked as one of the top 5 designers in South America?

“It feels incredible. I do believe that all of that hard work has paid off and I will continue to push myself to every level that I can. Looking back at my choices in life, I would never change anything because it has got me to where I am today. It feels great to know that people love your designs and that they would wear it to the Oscars and other events.”

Are there any projects that we need to keep our eyes peeled for?

“Right now, there is the progress of different projects in the works. However, my most recent news is that I have become a brand ambassador for well known brands such as  Palazzo Versace Dubai, Chopard watches, Overdrive watches, Yasmine Palace, Lamborghini, Maserati, Rolls Royce and Ferrari. I also participated in one of the biggest fashion shows in Qatar and Hong Kong.”

Is there anyone you admire as a role model?

“I don’t have anyone in particular, but I do admire people who are strong, kind, noble and brave. There are different forms of bravery in the world and I really do respect people who step up and fight for their beliefs. It is really important for us as humans to be able to make positive changes on this earth, which is why I strongly believe in philanthropy and helping those in need. When it comes to characteristics of people, I do look up to Johnny Depp and Gwyneth Paltrow.”

Can you let us in with a cool fact about yourself?

“As you know, I was born in Bolivia, but my mother is Portugese and my father is a Bolivian Spaniard. Another fact about me is that I was a vegetarian for 20 years.”

Can you tell us what your childhood was like moving from Bolivia to America?

“I grew up between Bolivia and the USA, then moved from Bolivia at 14 years old for good to Washington DC. I then joined the airforce academy training program at Randolph Macon Academy in Front royal at Virginia. My inspiration for fashion didn’t start right away; in fact I studied film and television at Universal Studios and was acting at the playhouse theater in New York. I also studied photography at brooks institute in Santa Barbara CA.”

Have you moved anywhere else ever since?

“I have actually moved to Dubai. I wanted to start influencing both markets, which has worked great for me and my clothing brand has expanded across the globe.This has also given me to the opportunity to be a brand ambassador for so many luxurious brands. You can check out my latest additions to my clothing line and news on my instagram.”