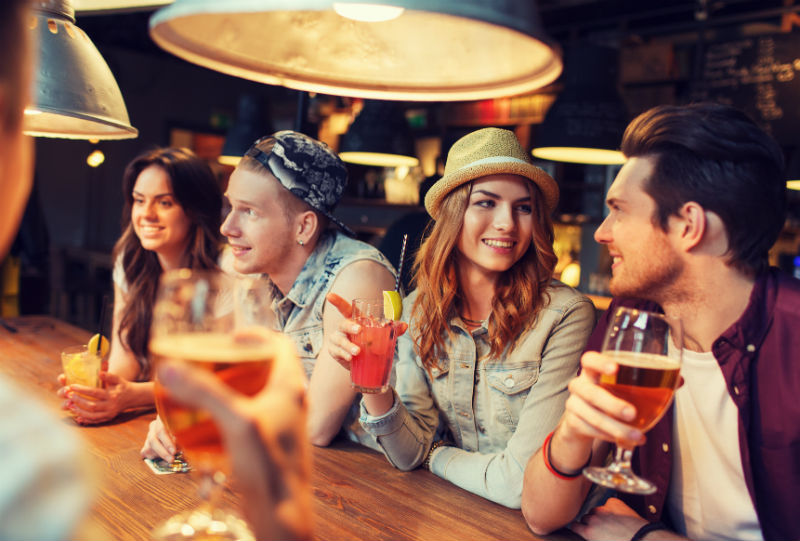 Going to a party or sitting at a table with friends, when drinking a lot of alcohol is implied, we don’t even think that ethyl alcohol is harmful to the body and leads to irreparable consequences. Chronic alcoholics, in principle, do not think about this, but decent people do not see anything shameful in it.

A large amount of alcohol consumed can significantly spoil not only the appearance, but also the general condition: severe headache, weakness, and tremor of the limbs. You should get rid of this habit of drinking. However, it may be challenging financially, emotionally, and physically. But the resource for alcohol treatment can make the treatment easier for you financially. Let’s figure it out.

Why do you sweat after drinking alcohol?

We know firsthand that after excessive libation it is not sweet: it throws it into heat or cold, the head breaks, weakness in the body, and severe sweating appears. But not everyone experiences heavy sweating after alcohol.

Sweating can be observed immediately after drinking alcohol or the next morning when a hangover occurs. If sweat is released in the chest and neck area at night, then in the daytime armpits, palms, and legs suffer.

Doctors say that hyperhidrosis (increased sweating) is typical for a large number of people, but after alcohol abuse, it is distinguished by the appearance of an unpleasant odor of sticky sweat. Why do you sweat a lot with a hangover, and cold sweat appears after alcohol? There are several reasons for this condition:

It is impossible to name a dose of an alcoholic drink that would be safe for the body. Alcohol in any amount is harmful. As a result of the decomposition of ethyl alcohol molecules, toxic substances are formed, which the liver tries with all its might to neutralize.

A large amount of alcohol consumed disrupts the work of this vital organ; the liver cannot cope and tries to remove some of the toxins through the skin. Hence there is the appearance of an unpleasant smell of a sweat from a person who got drunk on the eve.

The more ethyl alcohol is taken, the more the body suffers, the person is thrown into a sweat and this state can be observed for several days after a fun party. Sweating after a binge is not affected by the strength of the drinks. If you drink 3 liters of beer, then you can observe an increase in hyperhidrosis several times.

2. The body gets rid of excess fluid

After entering the body, ethyl alcohol begins to break down and one of the products of this process is water. Not surprisingly, sweating from a hangover increases. After all, some kidneys cannot cope with the excretion of excess fluid, so you have to remove it through the skin. Sweat is sticky and has an unpleasant smell, and attempts to mask it with deodorants have not been successful.

A person after a feast with a lot of alcohol may also notice the appearance of puffiness and frequent urge to urinate.

After drinking alcohol, it can become hot or cold, this is a symptom of disturbed metabolism. It is the process of production and release of heat suffer, which provokes the observed manifestations.

Cold sweats are uncomfortable, but such is the price to pay for the love of alcohol. Ethyl alcohol disrupts heat transfer.

4. Sweating as a consequence of withdrawal symptoms

This syndrome quite often develops while taking alcoholic beverages. It refers to the withdrawal state that occurs after the binge stops. A person suffers from withdrawal, and the only way out is taking another dose of ethyl alcohol.

At the same time, no one canceled the symptoms of poisoning. A chronic alcoholic, in rare moments of his sobering up, suffers from excessive sweating, heaviness in the head, and muscle pain. Not everyone can withstand this condition and again resorts to alcohol. Everything returns to normal.

Constant sweating, provoked by the intake of alcoholic beverages, leads to a violation of the water-salt and protein balance, the work of the digestive tract suffers.

There is only one way to avoid excessive sweating after drinking alcohol – to completely stop taking it. But, if it really happened and the day before you had good fun in a friendly company, then you can try to overcome strong sweating after alcohol in the following ways:

All these recommendations will help to quickly restore the body’s health and get rid of symptoms in the form of heat or cold, sticky sweat with an unpleasant odor.