‘Every zip code’ represented: What about our interests? 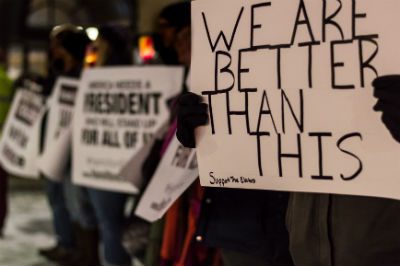 “This country,” the latest campaign salvo from Donald Trump’s folks tells us, “belongs to Americans from every zip code.”

The Trump team was trying to hit at Alexandria Ocasio-Cortez for her comment last week that we need to get rid of the Electoral College, which of course we do.

Because it was AOC who most recently brought this up, she’s a “socialist,” you know, of course.

Anyway, “every zip code,” the message went, “not just the Coastal Elites and Liberal Mega Donors.”

“This is our country, not theirs.”

The Senate is controlled by a Republican majority that represents 44 percent of the country.

The president lost the popular vote, and not by a small margin: 3 million votes.

Democrats overcame a gerrymandered map to win back majority status in the House of Representatives in 2018.

In any other system, Democrats also have the Senate and the White House.

Except, our system values zip codes, at the expense of actual people.

It’s not just coastal elites and liberal mega donors who think this is fucked up.

I’m a person from a zip code.

I’d rather my interests be represented, than my damn zip code.