Evaluating Virginia’s resume and chances for a No. 1 seed

Front Page » Sports » Evaluating Virginia’s resume and chances for a No. 1 seed 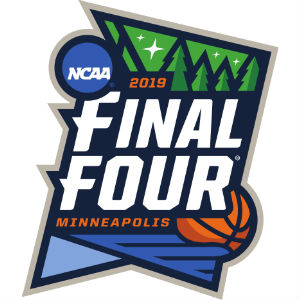 On Saturday, the NCAA Tournament selection committee released its first bracket reveal of the season. Though Selection Sunday is still roughly a month away, the show gives some insight as to what the committee is looking at when it selects and seeds its teams. Virginia joined Duke (No. 1 overall), Tennessee (No. 2 overall) and Gonzaga (No. 4 overall) as 1 seeds in the initial reveal.

Of course, in the time since that reveal came out, plenty has unfolded. The Cavaliers lost to Duke but then beat North Carolina, a solid split considering the two games took place within 48 hours of one another. Of course, Virginia, Duke and North Carolina weren’t the only teams to play in that time period. There’s been plenty of other action around the nation since Saturday afternoon.

Note: All NET rankings through games played on Feb. 12.

Duke. After the Blue Devils’ stunning 23-point comeback at Louisville, it’s hard to see them not securing a 1 seed come Selection Sunday. Duke has three wins against KenPom’s top 10 teams with two matchups with Carolina on the horizon. Duke’s lone “bad” loss came without star freshmen Tre Jones and Cam Reddish. Two wins over Virginia plus an early-season demolishing of Kentucky make the Blue Devils a shoo-in 1 seed unless the wheels completely fall off down the stretch.

Tennessee. These are a big few weeks for the Volunteers, who remain No. 1 in the country but remain less loved by the computers (fourth in NET, fifth in KenPom, fifth in ESPN’s Basketball Power Index). Regardless of what happens over the next month or so, Tennessee will almost certainly head into Selection Sunday as the only team to have defeated Gonzaga, which is romping over the overmatched West Coast Conference. The best way for Rick Barnes’ team to assure itself of a top seed is to win the SEC, but two matchups with Kentucky and away dates with LSU and Auburn loom large. The SEC’s chances at a 1 seed will likely come down to the conference tournament.

Virginia. The Cavaliers have defeated every single team it has faced except for the top team, Duke. Virginia boasts an impressive win at North Carolina, a neutral court win over Wisconsin and a win at Maryland. If Virginia maintains its “beat everyone but Duke” streak, it’s hard to envision the Cavaliers falling below the top line. But if there’s a slip-up or two between now and then, the Cavaliers could look back and wonder if they missed out on two golden opportunities against the Blue Devils.

Gonzaga. Due to its schedule, Gonzaga is probably the least likely team to move anywhere. The Zags will likely finish undefeated in the West Coast conference, where they have defeated opponents by an average of more than 31 points per game. Gonzaga hasn’t lost since mid-December. KenPom doesn’t predict Mark Few’s bunch having much trouble finishing undefeated and, in turn, hanging onto a 1 seed.

Kentucky. Kentucky’s chances for a 1 seed took a hit with a home loss to LSU on Tuesday, but certainly don’t count the Wildcats out considering they still have two games against Tennessee remaining. If they can beat the Volunteers twice and take the SEC crown, they’re right back into the mix for a top seed. Right now, though, they need to take care of business against the Volunteers on Saturday to avoid home losses in back-to-back games since 2009.

Michigan. After a disastrous loss to Penn State on Tuesday night that saw John Beilein get ejected, the Wolverines are headed in the wrong direction. Michigan’s offense is struggling, and the normally stout defense just allowed 75 points to the Big Ten cellar dwellers. The good news for Michigan is that it can still win its conference if it can sweep Michigan State and Maryland. Plus, the Wolverines have won both of the past two Big Ten tournaments.

North Carolina. Among the teams in the top eight on Saturday’s show, only UNC is guaranteed two matchups with Duke — aka two chances at the best win a college basketball team can have right now. The tough thing for the Tar Heels, though, is that they have already racked up five losses, including blowout defeats against Michigan and Louisville (which they later avenged) and a loss to Texas. The Tar Heels likely need an ACC regular season and/or tournament championship — and a lot of help — to have a shot.

Michigan State. The Spartans’ chances for a 1 seed likely ended with a three-game losing streak that included defeats to lowly Indiana and Illinois. The Spartans, though, could still make a statement by winning both the Big Ten regular season and tournament crowns. Even then, the Spartans lack the top-shelf wins needed after losing to Kansas and Louisville in the non-conference slate.

Three other teams that could crash the party:

Houston. The top eight teams in Saturday’s reveal own eight of the top nine spots in the NET rankings currently. The one team not included? The 23-1 Houston Cougars, who sit fifth in the NET rankings. They just beat Cincinnati and also own a nice non-conference win over LSU. Houston’s biggest undoing in its quest for a 1 seed, though, is its own conference. The American Athletic Conference could send as few as two teams to the Big Dance. Houston and Cincinnati are in good shape, but Temple and UCF are squarely on the bubble as we enter the final month before Selection Sunday. Still, an AAC regular-season and tournament championship would be quite impressive, and if a few other top teams hit some unexpected snags, the Cougars could have a small chance. They were 11th on Saturday’s reveal.

Nevada. Nevada is in a similar boat to Houston. A blowout loss to New Mexico is the only thing keeping the Wolf Pack from an undefeated season. But it’s an underwhelming Mountain West conference and a weak non-conference slate that will likely keep the Wolf Pack from a top seed. They were ranked 14th on Saturday’s reveal.

LSU. Currently second in the SEC standings, Will Wade’s Tigers are one of the hottest teams in the nation having won 13 of their last 14 and three in a row. Tuesday’s come-from-behind win at Kentucky is about as impressive as it gets in the SEC. LSU has bad losses to Oklahoma State and Arkansas, but if it can knock off Tennessee in Baton Rouge on February 23, it will also own the two best wins in the conference along with a victory over Auburn. A late-season surge could push the Tigers into contention for a top-three seed, and an SEC championship could push them even higher. LSU wasn’t included in Saturday’s show, but after the win at Kentucky, it sits 14th in the NET.