Esports: A fad or here to stay? 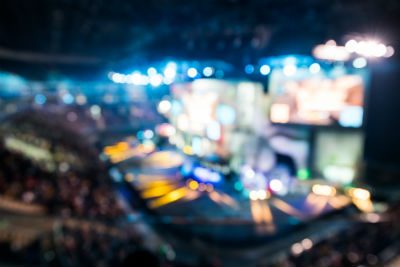 In 2019, the esports industry generated more than $1 billion in revenue for the first time. This marks a major milestone in the short history of these professional video game competitions. In the same year, it’s believed that more than 1 billion fans from across the world tuned in to watch esports leagues and tournaments.

Although some are decades old, these competitions have been garnering a lot of attention in the last few years. Some bigger events have even been broadcast on traditional TV networks, and even some universities are starting to invest in esports. But are esports a fad, or are they here to stay?

Video game competitions are not new. They’ve been taking place in some form or another for just about as long as video games have existed. The format that we know today, where live events, held in stadiums and convention centers and involving hundreds of people, began in the early 1990s.

One of these was the Nintendo World Championships, which held qualifying events in 29 US cities. The final was held at Universal Studios in Los Angeles. The winner received $10,000, a car, a large TV and a gold Mario trophy. They were also given a NES cartridge which is now worth as much as $15,000.

This was a one-off tournament though, although a 25th-anniversary event took place in 2015. It wasn’t until the early 2000s that we saw the annual, international esports that we know today.

Even these competitions didn’t begin to see a spike in popularity until the mid-2010s. Much of this can be attributed to the rise of streaming platforms like Twitch. In 2012, the service had an average of 101,775 concurrent viewers during the year. By 2015, this had risen to more than half a million, and this had doubled by 2018.

The platform is used by many gamers, who broadcast themselves playing games live, talking and interacting with viewers as they play. On YouTube, where similar content is published, dozens of gamers have tens of millions of subscribers, including PewDiePie, who has over 100 million.

Looking at the trends over the last decade, this increase doesn’t seem to be a fad. If it was, it would likely have already fizzled out. This exponential growth looks set to be sustained for several more years yet.

The second big driver of growth in the last five or so years has been investment from technology and gaming brands who’ve spent millions to sponsor leagues and tournaments. In 2018, this made up 40% of global esports revenue, with a further 19% coming from advertising. These had increased by 53% and 24% from 2017, according to Newzoo.

There is a positive feedback loop built into esports. The investment is helping to attract more viewers, and a higher viewership is helping organizers to command more in sponsorship and advertising.

Video game publishers and traditional sports leagues are also investing heavily in esports, with most major US sports leagues, as well as the English Premier League, UEFA Champions League and Formula 1, all organizing their own esports leagues and tournaments.

The NBA 2K League shares many of the characteristics of the real-world NBA league. Games can be watched on ESPN and are also available to stream online, fans can place wagers on esports games just like they can bet on NBA games, and the season is structured into a regular season and playoffs.

The fact that game publishers, sponsors and advertisers spent a combined $649.5 million in 2018 alone, suggests that they all see long term value in the sector, and therefore this isn’t a fad.

The 1990 Nintendo World Champions gave away $10,000 ($19,616 when adjusted for inflation) to the winner. This pales in comparison to the eye-watering sums paid out to esports competitors today.

Since 2013, when DOTA2 was released, esports competitors have received over $200 million from tournaments. In 2019, 90 players from 18 teams split $34.3 million at The International 2019: Dota 2 Championships. The winning team, OG, received more than $15 million. Even the teams that finished 17th and 18th walked away with $85,825. This same competition has paid out more than $10 million to competitors ever year since 2014.

With such consistently high sums of money on offer, it seems more like a lucrative business model and less like a fad.