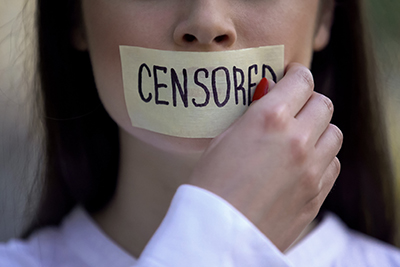 A rousing debate over the nature of freedom of speech has beset the United States of America, and unfortunately this particular debate is far from a civil one. This debate is largely the byproduct of Twitter’s recent decision to fact-check President Donald Trump’s erroneous comments on the voting process, though it quickly blossomed into a far-ranging discussion about the nature of speech, debate, and consequences (or the lack thereof) in modern America.

As this debate has unfolded, it’s become increasingly clear that many powerful politicians and everyday people alike have serious misunderstandings about the nature of free speech, and that this is exacerbating our political divide. Here are a few things worth recalling when debating the freedom of expression in the United States.

Freedom of speech does not mean freedom from consequences

What exactly is the freedom of speech in the United States? Most Americans know – or claim to know – the answer to this question, and in many instances they’re at least partially correct. It’s worthwhile to explore the true nature of freedom of speech before delving any further into this issue, lest we inadvertently operate upon differing definitions and generate even more confusion and disagreement than before.

The Congressional Research Service helpfully reminds us that the freedom of speech in this country is the constitutional guarantee that the government of the United States shall not “abridg[e] the freedom of speech.” It is not freedom from the consequences of your actions, nor a blank check to say whatever you want, whenever you want, wherever you want, however you want. There are different categories of speech which are protected, though again the CRS reminds us that this nation’s conception of freedom of speech is not exclusively categorical. Unprotected speech like true threats to commit an unlawful act of violence seldom if ever enjoys protection from our legal system, at least when it’s functioning properly.

How does this factor into current debate? The ongoing conversation about freedom of speech in the United States was ignited when Twitter correctly pointed out that many of President Donald Trump’s recent statements about the voting process are incorrect and misleading. According to Twitter CEO Jack Dorsey, the social media platform decided to fact check the president’s claims about voting (specifically, voting by mail) “to connect the dots of conflicting statements and show the information in dispute so people can judge for themselves,” per TechCrunch’s reporting.

Certain incorrect claims about the nature of American democracy simply cannot be spread in an unfettered fashion. To allow misinformation about the voting process to freely be published on major platforms (which, contrary to the insistence of some, have no legal obligation to allow any particular user to post upon them) would imperil the longevity and vibrancy of American democracy. When even a former commissioner of the Federal Election Commission points out that President Trump is entirely wrong on the issue of voting by mail, the president’s erroneous comments are clearly deserving of rebuke.

Right now, Americans are terrified about a public health pandemic and eager to reopen their nation. They want to reopen their small businesses, invest in an SEO company, take a vacation, or prepare to attend collegiate classes. The last thing they need is misinformation about the voting process from the nation’s most powerful figures. In that regard, fact checking inaccurate claims about the voting process whenever they arise (and regardless of who originates them) is of the utmost importance to American democracy.

The situation with President Trump

According to Politico, President Trump is signing an executive order to respond to Twitter’s accurate fact check on his inaccurate claims. In all reality, this is likely an attempt at intimidation and a strategy to “work the refs” of the media rather than a serious effort to reshape the American social media ecosystem. President Trump was likely embarrassed by this public curtailing of his falsehoods, and seeks to avoid similar situations in the future by making such a fuss that future fact-checkers will give him a wide berth. Whether or not this works, only time can tell.

Nevertheless, Americans should understand that efforts to derail our commonly-shared reality by insisting on nonsensical claims cannot and will not be tolerated on private platforms. Ideally, they will not even be tolerated in the public square. Nobody possesses a right to be on Twitter – it is a private platform, and they reserve the right to kick out whoever they want, whenever they want, for nearly any reason. This reality may be unpopular with some, but it is nevertheless the one we’re forced to deal with one way or another.

There is nothing partisan about championing the truth. Powerful public figures like the nation’s president are not being censored when private platforms (to which the president, and everyone else, possesses no right to partake in) accurately fact check their incorrect claims. When the individuals being fact checked have a history of making demonstrably wrong claims, as is true in President Trump’s case, claims of “censorship” are not only incorrect but laughably amateur.

Story by Eric Harvey. Harvey is an experienced legal professional with a tremendous amount of experience working with legal professionals. He has advanced education in the legal field and even though he has never practiced law, he regularly helps address some of the top legal concerns facing society today.