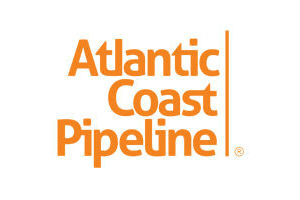 Dominion Energy and Duke Energy announced the cancellation of the Atlantic Coast Pipeline today, and environmental groups from across the Mid-Atlantic are celebrating the news.

“This is a victory for all the communities that were in the path of this risky and unnecessary project. The Atlantic Coast Pipeline was wrong from the start. After years of opposition, legal defeats and threats to the environment, SELC is relieved to see Duke and Dominion make the right decision to walk away from it,” Southern Environmental Law Center Senior Attorney Greg Buppert said.

The Atlantic Coast Pipeline was initially announced by Dominion Energy and Duke Energy in 2014, but faced substantial regulatory and legal hurdles almost from the outset.

Recent public guidance of project cost has increased to $8 billion from the original estimate of $4.5 to $5 billion. In addition, the most recent public estimate of commercial in-service in early 2022 represents a nearly three-and- a-half-year delay with uncertainty remaining.

“This win comes after years of advocacy and organizing and shows that the movement for bold climate action and environmental justice is stronger than ever,” Virginia Conservation Network Executive Director Mary Rafferty said. “Thanks to policy wins such as the Virginia Clean Economy Act and the Environmental Justice Act – projects that contribute to climate change and take advantage of low income communities and communities of color are simply no longer viable. We continue to have a lot of work to do in our continued efforts to fight climate change and restore environmental injustice – but today’s win is a huge step in the right direction.”

“The Atlantic Coast Pipeline was never needed, and the facts have never been more clear: fracked gas has no role in our energy future,” Appalachian Voices Executive Director Tom Cormons said. “From Robeson County, N.C., to Harrison County W.Va., in statehouses and courthouses, communities have stood shoulder to shoulder to protect their land, their water and their communities. Today’s announcement marks a historic victory for environmental justice.