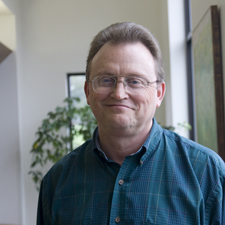 Dr. Nation will challenge the long-held assumption that Dietrich Bonhoeffer, the German theologian and pastor, was arrested, imprisoned and executed because of his involvement in plots to assassinate Hitler. Instead, Nation will argue that it was Bonhoeffer’s costly discipleship – which led a Nazi official to call him “a pacifist and enemy of the state” – that led to his arrest, imprisonment and execution.

Bonhoeffer is known for his popular books, “The Cost of Discipleship” and “Life Together.” He is less well-known for his early and active opposition to the Nazi persecution of the Jews and the “new monasticism” he introduced to the seminary he directed. He was also seen as so dangerous that he was banned from public speaking and publishing.

This presentation is a summary of a book Nation is writing with two EMS graduates, Anthony Siegrist and Daniel Umbel. The book is scheduled for publication next year by Baker Academic Press. This book will be the first to argue that Bonhoeffer was not involved in any assassination attempts. But, just as importantly, it will attempt to re-claim the central legacy of Bonhoeffer – a call to discipleship.

“If we are successful in our argument,” said Nation, “It will require a complete reexamination of the Bonhoeffer legacy.”

The colloquium is free and open to the public.