By Randi B. Hagi 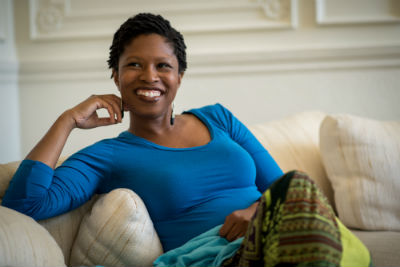 Colorizing Restorative Justice: Voicing Our Realities is a collection of 18 essays penned by various authors of color: practitioners and scholars of restorative justice who “explore the issues of racism and colonization within the field,” according to publisher Living Justice Press’s website. It is available to order here: a timely addition to the nation-wide outcry for racial justice and an end to police brutality in America.

Johonna Turner is one of the book’s 20 contributors. She integrates theory and practice as professor of restorative justice and peacebuilding and co-director of the Zehr Institute for Restorative Justice at Eastern Mennonite University.

An outgrowth of the institute’s research was an organization Turner helped found called  Life Comes From It. The grantmaking circle – primarily composed of people of color with experience in restorative justice, transformative justice, and indigenous peacemaking – is helping fund upcoming author events to promote this groundbreaking new book that centers their perspectives.

Turner’s contribution, a chapter titled “Creating Safety for Ourselves,” details the formation and principles of the transformative justice and community accountability movement. It begins with invocations that have echoed through the streets of Harrisonburg and cities across the U.S. and the world as of late.

“#SayHerName. #SayHisName. #SayTheirNames. The spirits of Black and Brown people killed by police officers bear witness to police as a common source of danger rather than a prevailing source of protection within many of our communities. In some situations, calling the police even when we need help can result in greater violence—for example, the police murder of a loved one experiencing a mental health crisis or the deportation of an un-documented immigrant family. And our #MeToo stories attest that we, too, experience sexual violence and other kinds of abuses. How can we secure our own safety given that White government institutions for ‘keeping the peace’ have never functioned for our safety, freedom, and self-determination?”

The transformative justice movement grew out of a network of activists working simultaneously in movements for prison abolition, anti-police brutality, racial justice, and feminism, who saw a need to challenge and prevent various forms of violence – for example, intimate partner violence – in their communities without resorting to the criminal legal system.

“I think it’s very much about understanding the intersections of violence. So for example, how much sexual violence happens within the criminal legal system that is sanctioned,” Turner said. “It’s impossible, when we actually consider how this violence is happening and to whom it happens most disproportionately, to divide it into these distinct forms that are completely disconnected from one another. The transformative justice movement has fostered an understanding that, in order to effectively address any of these forms of violence, you have to understand their intersections with other forms. You also need to understand and center the people and communities who experience these forms of violence at their intersections.”

Turner learned about this movement in the mid-2000s, when she joined the D.C. chapter of INCITE! Women of Color Against Violence, “an organization that both gave expression to a movement already taking place and worked to advance the movement,” Turner writes.

While working under a Soros Justice Advocacy Fellowship – a program of the Open Society Foundations that funds lawyers, advocates, organizers, and researchers to work on criminal justice reform projects, Turner traveled to Oakland, Chicago, and New York to learn from practitioners such as Creative Interventions in the California Bay area.

She went to “sit at their feet, so to speak.”

One example of this work in action, Turner writes, was implemented by the organization Creative Interventions in the California Bay area, which “partnered with local Asian immigrant anti-violence organizations as a resource for anyone who was in an abusive relationship but did not want to involve the police or leave their home.” Creative Interventions would facilitate meetings: bringing together those who came to them for help with others who that person trusted.

“They asked the group questions and provided them with tools to help figure out what was going on, what their goals were, how safety would be established, how accountability could be provided, who would follow up, and so on,” Turner writes.

Order the book online at Living Justice Press, and mark your calendars for a Zehr Institute webinar on September 16 at 4:30 p.m. for a writers’ round table with Turner and other contributing authors, including editor Edward Valandra. Melody Pannell ‘97, GC ‘19 (restorative justice), a former faculty member at EMU, will moderate the webinar.

You can also listen to Turner’s Peacebuilder podcast episode by the same title here.