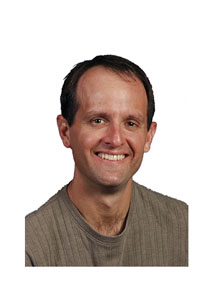 According to an MCC new release, Lapp, 40, was traveling with a medical team of four Afghans, six Americans, one Briton and one German. All, including Lapp, worked with MCC partner organization International Assistance Mission, a charity providing eye care and medical help in Afghanistan.

Local police found 10 bodies on Friday next to abandoned vehicles and said robbery might have been the motive. The Taliban has said it is behind the attack, according to the MCC release.

IAM, which has worked in the country since 1966, regularly dispatched “eye camp” medical teams in Afghanistan. Lapp, a 1991 EMU graduate, had been working as executive assistant at IAM and manager of IAM’s provincial ophthalmic care program.

“The EMU community joins the Lapp family and Mennonite Central Committee in grieving the deaths of Glen Lapp and his colleagues while serving the people of Afghanistan,” said Loren Swartzendruber, EMU president. ”As with many of our alumni around the world, Glen was fulfilling EMU’s mission of serving and leading in a global context, which often involves great personal sacrifice.”

According to MCC, Lapp was to complete his term in October, and recently wrote about it in a report, “Where I was [Afghanistan], the main thing that expats can do is to be a presence in the country. Treating people with respect and with love and trying to be a little bit of Christ in this part of the world.”

No information is available at this time regarding a memorial service.