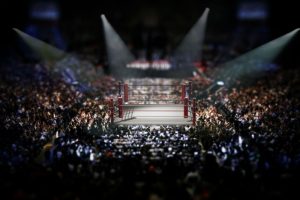 Edge looked vintage “Rated R Superstar” in his return to the ring for the main event of WWE Backlash Sunday night, but a torn triceps suffered in the match may mean an end to the fairy tale.

The former WWE champ was pinned by Randy Orton at the conclusion to an event billed as “The Greatest Wrestling Match Ever,” which came as close you can to living up to that billing.

It was apparently during one of the additional takes that Edge suffered the torn triceps, which almost certainly will require surgery and extended rehab, running possibly 6-8 months.

Edge, 46, had defeated Orton in a last man standing match at WrestleMania in April. The Backlash match was his first in-ring match since he defeated Alberto Del Rio in a WWE title defense at WrestleMania 27 in 2011.

He announced his retirement the next day, citing a diagnosis of cervical spinal stenosis that put him at risk for paralysis or even death from a hard fall.

Edge made an appearance as an entrant in the 2020 Royal Rumble, eliminating three competitors before being eliminated himself by Roman Reigns.