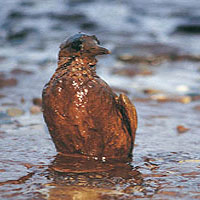 Dear EarthTalk: I’ve seen a lot of warm and fuzzy TV ads, some sponsored by BP Oil, urging me to vacation in the Gulf of Mexico. But are things really “back to normal?”
– Paul Shea, Dublin, Ohio

The Gulf of Mexico may be open for business and eager to attract tourists, but it’s still unclear whether or not marine and coastal ecosystems there are healthy two years after BP’s offshore drilling rig exploded 40 miles off the Louisiana coast, eventually releasing 205.8 million gallons of oil into the water column.

Five months after the April 2010 disaster the Obama administration released a detailed recovery plan, calling for spending up to $21 billion—most which would come from BP’s civil penalties—on clean-up and long-term ecosystem restoration. With much of this work—designed to complement the restorative powers of Mother Nature—well underway, some observers are pleased with the results so far.

“The natural recovery is far greater than what anybody hoped when it happened,” says James Morris, a University of South Carolina biologist and a member of the National Research Council committee tasked by Congress to assess the effects of the spill on the Gulf’s ecosystem. “The fears of most people—that there would be a catastrophic collapse of the ecosystem in the Gulf—never materialized.”

“The fisheries have come back like gangbusters,” Morris reports. “One of the interesting findings was that after the oil spill, bait fish populations collapsed, and predator populations boomed. The reason was that there was no fishing pressure on the top predators because people stopped fishing after the spill. So the predator fish populations rebounded, and they grazed down their prey.”

Not everyone shares such a rosy view. The international environmental group Greenpeace reports: “Throughout the food chain, warning signs are accumulating. Dolphins are sick and dying. Important forage fish are plagued with gill and developmental damage. Deepwater species like snapper have been stricken with lesions and their reefs are losing biodiversity. Coastal communities are struggling with changes to the fisheries they rely upon. Hard-hit oyster reefs aren’t coming back and sport fish like speckled trout have disappeared from some of their traditional haunts.”

Still other observers argue that two years is not enough time to tell whether the region’s ecosystems will be severely damaged long term. “We really don’t know the effects the Deepwater Horizon spill had in the deep sea because we know little about the ecosystem processes there,” reports Gary Cherr, director of UC Davis’ Bodega Marine Laboratory and a lead author on a recently released paper published in the journal Bioscience. Cherr and his fellow researchers, including leading oceanographers, ecotoxicologists, and ecologists, conclude that scientists need more time to study how to contain damage from such accidents, especially given the trend to seek new sources of oil in off-shore regions around the U.S. and beyond.

“The deep sea is not a dead zone. It’s not a desert. There’s a lot of life down there,” adds Cherr. “Unfortunately it’s not until a disaster happens that we try to piece together the impacts. That’s difficult to do when you don’t have a complete—or even partial—understanding of the ecosystem.”