Earth Talk: King Corn not so good for the planet

Dear EarthTalk: How did corn become such a dominant crop in the U.S. and what’s the effect on the environment of growing so much of it?
– J.S., Washington, DC 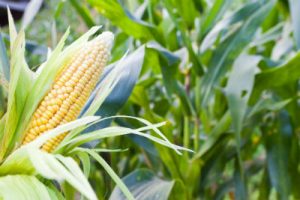 It’s true that corn is the most dominant agricultural product in the U.S., and perhaps the world. Originally domesticated in Central America, European explorers initially shunned it. But when their crops failed, the conquerors of the New World decided to integrate corn into their agricultural efforts. Fast forward: A couple of hundred years and this tall grass now covers 90 million acres of land in America alone, and accounts for some10 percent of total crop production globally.

Corn is so ubiquitous in our food system that an estimated 70 percent of the atoms in the body of the average American originally came from it.

One of the reasons corn is so dominant is that, as far as crops go, it excels at converting raw materials into chemical energy. Growing corn generates far more calories per unit of land than nearly any other crop. Another key factor in corn’s rise was the surplus of ammonium nitrate after the end of World War II. Agricultural scientists repurposed this compound, originally stockpiled for explosives, into a cheap form of fertilizer. This allowed corn to be grown in the same fields year after year, without depleting the nitrogen already in the soil. Additionally, corn is incredibly versatile. We can eat it, process it into syrup and use it as a sweetener, fuel our cars with it, and feed it to our animals.

Currently, we use approximately 40 percent of corn grown in the U.S to create ethanol, and 36 percent to feed animals. Unfortunately, both uses wreak havoc on the environment. Ethanol has a low “energy-returned-on-energy-invested” ratio, meaning we must put a large amount of energy into producing it, in some cases even more than ethanol itself generates.

Even just growing corn is far from environmentally friendly. Conventional monoculture farming (the way most corn is grown) degrades soil and often leads to harmful runoff into streams and rivers. Pesticides, herbicides, and fertilizers can all wreak havoc on aquatic organisms.

An indirect negative effect of the supremacy of corn has been its help in fueling explosive growth in the livestock industry at home and abroad. These days we use about 80 percent of the world’s farmland for animal production. But as a result of animals’ inefficiency in converting feed to energy, animal agriculture produces only 18 percent of the world’s calories.

So, what can we do? On a political level, agricultural subsidies for corn can be either eliminated or redistributed. Some 60 percent of farm subsidies in the U.S. go toward corn and other grains, while only one percent goes toward promoting healthier and more eco-friendly fruits and non-grain vegetables.

Farmers themselves can transition from monoculture practices to those that incorporate a wider variety of species into the mix. As consumers, one of the best measures we can take is to buy organic corn. Organic agriculture is not quite as eco-friendly as some make it out to be, it’s miles ahead of conventional farming.

CONTACTS: “The Environmental Risks Of Corn Production,” wbur.org/hereandnow/2014/06/11/corn-environmental-risks; “How a national food policy could save millions of American lives,” wapo.st/corn-op-ed.