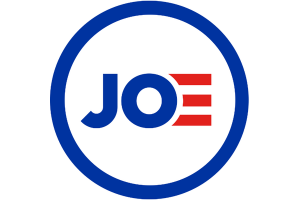 Dear EarthTalk: What will President-elect Joe Biden’s top environmental priorities be once he assumes office—and who is he tapping to head up key environmental positions in his administration?
– J. Woodbine, Saddlebrook, N.J.

The world collectively faces the threat of climate change driven by human-made pollutants and environmental degradation. President-elect Joe Biden has made it clear that he intends to work to address and mitigate the climate crisis as the U.S. president.

The President-elect has set a goal to reach net-zero emissions within the U.S. by 2050, promises to rejoin the Paris Climate Accord immediately upon entering office, and aims to create 10 million new jobs within the clean energy economy.

The Biden Plan outlines his strategy to address climate change while securing environmental justice and equitable economic opportunity. One thing that the Biden Plan prioritizes and engrains into every aspect of its proposal is the importance of creating jobs and workers’ unions throughout the transition to a more sustainable economy.

Despite his lack of clarity on whether or not he supports the Green New Deal (GND), Biden has worked together with several key players such as Bernie Sanders and the youth-driven Sunrise Movement to develop his own climate plan. After these collaborations, the main differences that still stand between the GND and the Biden Plan are how much would be spent ($10 trillion in the GND versus $2 trillion in the Biden Plan), their goals for carbon neutrality (GND aims for carbon neutrality in 10 years, while the Biden Plan aims for 2050), and their outlook on hydraulic fracturing (fracking) to extract oil and gas.

In addition to his climate plan, Biden’s cabinet will also play a large role in pushing through his environmental agenda. Deb Haaland, Biden’s pick to run the Interior Department, would be the first Native American to hold a cabinet secretary position. Biden also nominated Michael Regan as Environmental Protection Agency (EPA) administrator and Brenda Mallory as Chair of the Council of Environmental Quality. They would be the first Black man and woman to hold these positions. Some of Biden’s Obama-era nominees include former EPA head Gina McCarthy as national climate adviser, John Kerry as the international presidential envoy on climate change, and Tom Vilsack as agriculture secretary. Overall, there has never been a cabinet with so much focus on climate. One of the biggest ways we can help as individuals is to urge our Senators to confirm Biden’s cabinet choices.

How much of Biden’s climate and environmental hopes and dreams come true depends on many factors, but one thing that’s for certain, he will likely go down in history as one of the greenest presidents ever.