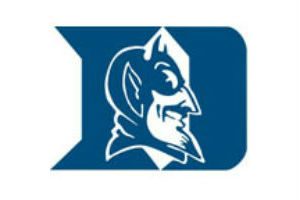 The Ls are starting to wear on Duke football coach David Cutcliffe.

“It does become a groundhog (day) thing when you step up every Monday after a loss talking about getting better,” said Cutcliffe, whose Blue Devils (0-3) host Virginia Tech (1-0) on Saturday.

The Hokies are 10.5-point favorites after blowing out NC State, 45-24, in their home opener over the weekend.

Duke ran out of steam at Virginia, losing 38-20 after taking a 20-17 lead into the fourth quarter.

Conditioning seemed to be an issue for the Blue Devils. Even UVA coach Bronco Mendenhall noticed that Duke seemed to be tiring in the fourth quarter.

“We’ve done some running-conditioning, but what I’ve told our coaches is that we have to condition every minute, every drill at practice and to do that, we’ve got to make sure that we’re resting well, and getting enough sleep,” Cutcliffe said.

“These guys are college students, even though they’re not doing anything,” Cutcliffe said. “You’ve got to hydrate well, you’ve got to eat well. So, every aspect. I mean, we’re at a point where winning is an all the time thing. At this point, to condition in practice like we need to play. We’ve got to take measures that the players contribute their portion and then we’re coaching every minute out there. Coaching on the run is what I like to call it, to where the energy level is at its highest peak and we can play four quarters of football at a level that we’re capable of playing.”

On the field, it’s a lot of little things. From watching tape, Cutcliffe feels his team is “close,” but what it comes down to is, finishing.

The biggest issue in the loss at UVA was turnovers. Duke committed seven of them, five of them interceptions, four from starting quarterback Chase Brice.

It’s almost a back-to-the-drawing board kind of thing for Cutcliffe.

“It’s a couple of things. Number one is just flawless in the run game. The mechanics of everything we’re doing in the run game. We’ve got to make great exchanges, great fakes. Put ourselves in position to be successful,” Cutcliffe said.

The defense got gashed a bit, on its side – giving up 450 total yards to the ‘Hoos, 150 of those coming in the fourth quarter, with UVA quarterback Brennan Armstrong, in his first career start, going 8-of-9 for 144 yards and two TDs through the air in the fourth.