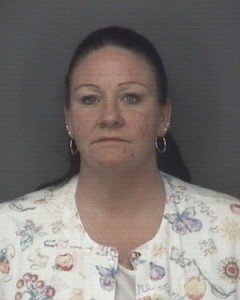 The Waynesboro Police Department arrested a Verona woman for drunk driving after she backed her car into a police cruiser late Saturday night.

Johnson-Wetzel showed apparent signs of intoxication, with a strong odor of alcohol emanating from her, unsteadiness and slurred speech. After having her perform some field sobriety tests, the officer arrested her for Driving Under the Influence of Alcohol. After refusing to take an breathalyzer test at the Police Department, she received another charge for unreasonable refusal of a breath test.

She was transported to Middle River Regional Jail but is now free on bond.