Drugs without any side effects: Do they even exist?

You will not find such a drug that does not include a list of side-effects which may occur after its administration. Drugs without any side-effects do not exist because the same pharmaceutical agent may have a different impact on an individual patient. 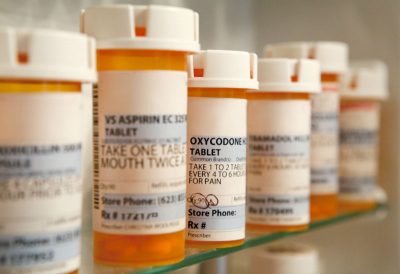 Each organism is unique, and there are a ton of factors determining the effectiveness of this or that medication on a particular patient: the age, genetic background, pre-existing conditions, current state of the environment in the area where a patient lives, lifestyle, bad habits, and so on. While some patients take a pill of aspirin every time they have a headache and feel pretty good all the way long afterward, others start experiencing unbearable heartburn with a minimal dose of acetylsalicylic acid.

So the answer to “Do drugs without any side effects really exist?” can be the following: it entirely depends on the state of health of every given patient: physically and mentally healthy people may not notice any unpleasant events after taking some drugs, but if the health (physical or psychic) is significantly compromised, the administration of even OTC drugs can translate into something uncontrolled.

The question is: why do drugs have side effects? Let’s figure this out in this article.

Why do side effects occur?

Everyone who has ever taken the medicine at least once knows that, along with curing the disease, the medication may also have various harmful actions. And even if your doctor does not warn you about the possibility of side effects associated with the prescribed drug, in the leaflet, there is always a chapter listing all these adverse events which may develop after the treatment with this drug. What is the side effect?

A therapeutic effect of most drugs is based on their physicochemical or chemical interaction with the receptors of cell membranes. As a result, certain changes occur in all the cells which have receptors that can recognize the drug. The summation of cellular changes leads to changes in the functionality of a tissue, an organ or even a whole organ system. This complex response to the drug is called a therapeutic effect. For example, after consuming the appropriate drugs, high blood pressure drops, the pain subsides, swelling decreases, and so on. But the action of a drug is not limited to its therapeutic effect.

A medicine with exceptional selectivity that can deal with exclusively a boo-boo place without affecting healthy tissues simply does not exist.

In real life, taking a drug is like playing a lottery: you either win or lose. This is due to several reasons.

First, the administered medication hits not only the sore place. In the body, the drug is carried by the blood to all tissues and meets with components of cell membranes (receptors) which can interact with the pharmaceutical agent. The matter is that healthy cells have receptors that can bind to the drug, too! This leads to changes in healthy tissues, say, to some pharmacological effect. For example, we reduce high pressure and start suffering from diarrhea after taking a drug. These undesired effects cannot be cured by the same medicine because it has a different indication.

Secondly, under the action of the body’s protective systems, some part of the drug transforms (biotransformation) and loses its original pharmacological activity. The resulting substances (metabolites) may have new biological properties and cause various effects, including bad ones.

So, side effects of the drug are undesirable events which are included in the spectrum of the pharmacological activity of the drug and may occur when the drug is used in therapeutic doses (not in cases of overdose).

Side effects may show up following the use of any medication. Their frequency varies from very rare to common. Check possible side effects of the medication with the doctor who prescribed the drug or by going to cohealthop.org and asking them for help.

Most drugs do not feature sufficient selectivity, meaning they may affect the function of other tissues and organs (including those not affected by the disease). Sometimes negative effects of the drug can be neutralized by the body’s own forces –it is called organism resistance. In other cases, when the health of the organism is too weakened, the risk of drug side effects is much higher.

Side effects can be primary and secondary. The primary effect occurs as a direct consequence of the effect of this drug on the cell membranes. For example, nausea, vomiting, and painful sensations in the stomach appear if the drug has an irritant effect on the gastric mucosa. A secondary side effect develops indirectly as a result of taking the drug, for example, vitamin deficiency and dysbacteriosis develop followed the suppression of the gut microflora with antibiotics.

Of course, most of the side effects are mild and easily tolerated by the patient (moderate nausea, headache, etc.), and they completely disappear after withdrawing or reducing the drug dosage. However, there are some medications which may cause severe and even life-threatening complications such as liver and kidney damage, significant hematopoietic disorders, and others. But it is estimated that only 0.5–5% of patients need urgent hospital treatment for adverse reactions caused by drugs.

Often, it is the liver and kidneys which are first badly affected by a drug. Why? The liver is a barrier between the intestinal vessels and the general circulatory system. When administered, all medications pass through the liver before they penetrate the general circulation. It is the liver that undertakes the first strike, and it is in the liver where most drugs accumulate and undergo biotransformation. Moreover, the longer the drug is retained in the liver, the higher the risk that its functions and structure will be damaged.

Kidneys are the organs of elimination. Through them, many medicinal substances are excreted from the body, either unchanged or after a series of transformations. The accumulation of these substances in the kidneys may produce toxic effects on these organs (renal toxicity).

Lots of drugs can also impair certain functions of the nervous system. Nerve cells are especially sensitive to chemicals, so drugs which can penetrate the barrier that separates the central nervous system from the blood (it is called the blood-brain or haematoencephalic barrier) can cause headache, dizziness, and other neurological problems.

So since drugs have an effect not only on sore spots but on healthy tissues as well, none of them can be called absolutely safe. Of two evils choose the last – this formula works splendidly in modern pharmacology. However, if the pharmaceutical treatment is not avoidable, it is better to buy meds through licensed online pharmacies which sell both prescription and OTC drugs without additional upcharges, meaning at a lower price compared to physical drugstore retailers.