Driver monitoring technology is being rolled out across the world 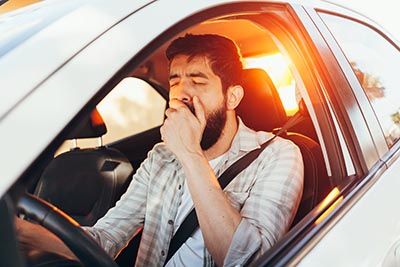 Technology is changing so much in our world. It is creating a new type of planet for human beings in so many ways. Not only is technology keeping us healthier, better connected and yet more disconnected, it is impacting transportation in unprecedented ways.

You’ve heard about automation. You’ve heard about electric vehicles. But have you heard about driver monitoring systems (DMS)? DMS is a sister of automation that, instead of driving the car for you, monitors driver attentiveness. The technology has the potential to save lives around the world by detecting when a driver is not paying attention, when they are drowsy, and if they are intoxicated. It will take a while for the system to become perfected and widespread, but governments across the world are taking steps to mandate some form of this new technology in their new automobile models.

DMS and the future

When the car was invented, no one know how many deaths and injuries they would come to cause. Now as accidents are rampant across the world, including 35,000 deaths a year in the United States. According to a specialist team of injury solicitors, of the 35,000 accidents in Europe 40 percent of them were caused by lack of driver attentiveness. Legislators are hoping that the implementation of the DMS technology will decrease accidents and deaths that come with them.

Fully automated roads where people aren’t driving are quite a ways off, but governments are hoping that driver monitoring systems will facilitate the traffic and accident rates. Some people, however, argue that these mandates are government overreach. Just because it begins with keeping people safe doesn’t mean that governments won’t be using these technologies to regulate their citizens next. To understand where this is going, you can take a look into the policies being adopted by the EU, the US, and China.

In 2019 the European Union Council of Ministers passed a general safety regulation that mandated carmakers install advanced safety systems like DMS in all new cars. Of the technologies mandated, camera-based driver monitoring is designed to detect drowsiness or lack of attention from the driver. It issues a warning signal should the system identify that the driver is distracted.

These new regulations are set to roll out over the next four years. In 2022, all new cars will require a specific level of automation in the European Union. The law includes that newly manufactured cars will need to have DMS by 2026. The goal of the EU is to prevent 140,000 serious injuries by 2038.

In the United States two bills have been presented in 2020 to mitigate accidents, injuries, and deaths. The first is the Moving Forward Act, which passed in the House of Representatives. This bill aims to provide $1.5 trillion in infrastructure funding committed to making the roads safer. One of the measures it relies on to accomplish this is the installation of DMS technology that detects intoxicated and inattentive driving in new cars. The bill needs to be passed in the Senate and signed into the law by the President to implement these mandates.

The second bills introduced by the House is the Stay Aware for Everyone (SAFE). This act is just a part of the broader surface transportation legislation that reauthorizes regulation. It proposes that the Department of Transportation conducts research into how DMS can prevent accidents, injuries, and deaths. If the SAFE bill passes, it will take four to six years for the mandate to be adopted.

China is in a unique spot when it comes to their rapidly increasing number of cars. They are getting the chance to roll out these technologies more smoothly to combat congested traffic where cars have replaced bicycles. The Chinese government is no stranger to safety mandates and regulation of its citizens. While the safety measures provided by DMS will save lives, it also begs the question if this type of technology will be used to control their citizens. While it begins with safety, that doesn’t mean that it will end there.

While some people are wary of these mandates, it is undoubtable that DMS technology will save lives. This technology may control people, but it also alerts them that they are falling sleep, driving without paying attention, or driving under the influence of drugs or alcohol. Only time will tell how this plays out, but the roads deaths are a problem that deserve this kind of adequate attention.