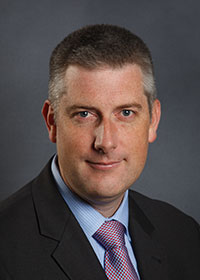 Liberty University has announced that Dr. Scott Hicks, who has been serving as interim provost since July 1, 2018, has officially been named to the role of provost.

Hicks first served at Liberty as an assistant professor in 2007. He was named dean of the School of Business in 2012, where he led the creation of several new degree programs with over 65 cognates and/or concentrations, launched a Center for Entrepreneurship, developed strategic partnerships with global companies such as Adobe, Apple, Aruba, Cisco, and Oracle, and attained ACBSP accreditation for School of Business programs. He was named vice provost of graduate education in 2017.

Prior to coming to Liberty, Hicks spent several years in the oil industry and served as director of retail operations for Mansfield Oil Company, one of America’s largest Forbes 400 companies.

Hicks said he is honored to be able to continue to serve an institution that meant so much to his own success.

“Liberty University is truly a special place to study, to live, and to work,” Hicks said. “I know what it cultivated in my own life, and I am grateful for the opportunity to lead others in advancing the mission of Training Champions for Christ and to serve people where they are, throughout the world. Like so many of us who work and teach here, I don’t see it as a job, but as a calling. It’s an amazing honor to be a part of this world-class institution and to witness God’s blessings on this university every day.”

President Jerry Falwell Jr. said Hicks has used his background in the business world to meet the needs of college students today.

“We are proud to name Dr. Scott Hicks our provost. He has a heart for our students and cares about preparing them not only for graduation, but also for successful, long-term careers,” Falwell said. “Dr. Hicks knows how to develop academic programs that match the demands of the job market and, most importantly, he understands our mission as a leader in Christian higher education.”

As part of Liberty’s executive leadership team, the provost is the primary voice on academic matters for all residential and online programs. Hicks works with the administration to develop and implement the academic vision and values of the university, providing leadership to continuously improve undergraduate and graduate instruction and academic support services.