Does winning the FIFA World Cup boost the national economy? 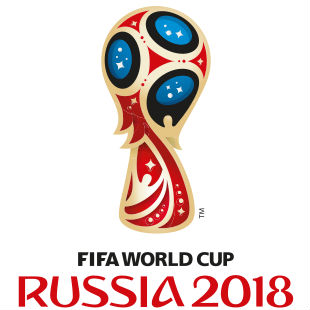 Soccer fans aren’t the only ones with their eyes on the ball during these weeks of World Cup matches in Russia.

Tourism and economic development officials are hoping that victory on the field will be good for business — the way it was for Spain, after it won the 2010 tournament.

Hospitality and tourism management researchers at Virginia Tech’s Pamplin College of Business have investigated the link between sports performance and business performance, analyzing the FIFA World Cups in particular.

“Victory in the World Cup can boost tourism in the winning country,” says Juan L. Nicolau, who holds the Marriott Professorship of Revenue Management.

“At least, that happened to Spain in 2010: Andrés Iniesta’s goal in minute 116 revalued the brand of Spain.”

The fact that a country is associated with its national team in an international competition, Nicolau said, might enhance its name — which, ultimately is a brand — depending on the team’s success.

Nicolau noted that after Spain’s win, the market value of the tourism companies in the country increased notably; on average by 1 percent, or as much as several millions of dollars for an individual firm.

There was a positive effect derived from enhanced brand awareness of the country, he said. “After the victory, the country’s name was evoked more easily and more frequently, raising its recognition and recall.”

The mere fact of winning the World Cup does not mean that more tourists will be attracted to the winning country, Nicolau said, but it does reinforce the awareness of the country as a tourism destination.

“More importantly, the country will be included in the consideration set of tourists, which, at the very least, certainly increases the likelihood of a tourist visiting the destination.”

Have similar benefits come about for the winning countries of other editions of the World Cup?

“In general terms, the research conducted so far is not conclusive,” Nicolau said. “Beyond the increase of merchandising items — e.g. shirts, balls — or the increase of the amount of TV rights, there has not been a measurable effect.”

Nicolau, together with Abhinav Sharma, a Ph.D. student in hospitality and tourism management, examined the daily returns of the shares of tourism companies in the stock exchange. Specifically, they analyzed the reactions in the World Cups since 1998 (with the exception of the 2002 edition, due to lack of data).

The results show that company shares of the winning countries did not present any abnormal returns — except, as the researchers already knew, in 2010.

The reasons are still to be further explored. Nicolau and Sharma hope to go beyond the World Cup and expand their research to sports clubs and the economic impact of their sporting triumphs in the regions of the cities they represent.

Nicolau and Sharma co-authored the article, “A generalization of the FIFA World Cup effect,” in Tourism Management (2018).