Does the return of Kane mean a CL spot for Spurs? 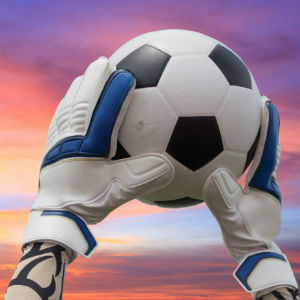 Tottenham Hotspur are in a complicated position now that the English Premier League has resumed its 2019-2020 season. The Spurs, who replaced Mauricio Pochettino with Jose Mourinho midway through the season, have always been considered as a candidate to earn a spot in the 2020-21 UEFA Champions League but sit in 8th place with 41 points. If Spurs do end up getting that spot be sure to read these Champions League predictions to find out if they have what it takes to win. Right now, they wouldn’t even be qualifying for the UEFA Europa League next season. However, they will receive a massive boost with the return of their star forward, Harry Kane, from injury. That said, having Kane back is not going to be enough for Tottenham.

First, let’s analyze what the Spurs have done this season. They enter Matchweek 30 with an uneven record (W11, D8, L10), and no side in the Top 10 has lost more games than the London-based club. Plus, they have not won in each of their last three contests, taking just one point of their last nine available. The scenario is not promising if we consider The Spurs still have to play against the likes of Manchester United, Arsenal, Leicester and Everton.

That negative run looks even worse if we consider The Spurs have gone six straight games without a win across all competitions, getting kicked out of both the FA Cup and the UEFA Champions League in the process. They only have to worry about what they do in the Premier League, but the lack of confidence they might have could be difficult to overcome. Especially if they haven’t played a single competitive match in more than three months.

Having Kane back boosts their chances considerably. The England striker has 17 goals in 25 appearances between the EPL and the Champions League this season. Tottenham are a completely different squad when he is on the pitch, you don’t need to read any Premier League predictions to know he represents a sizable upgrade over other “forward” alternatives such as Lucas Moura, Son Heung-min and Steven Bergwijn. But he depends on his teammates to succeed. Tottenham have failed as a collective all year long, and they seem unable to turn things around in the final nine games of the campaign, given their recent track record. With Kane back Tottenham could be one of the top Champions League picks to win it all, but first they have to play well enough to make it there.

The Spurs are a long shot to finish in the Top 4, and bet365 gives them odds of +1200 to finish in that group. Given they are seven points behind fourth-placed Chelsea with only a handful of games left in the schedule, it seems like a daunting task for them. Having Harry Kane back will boost their chances, but it’s not going to be enough.

If you want to bet on Tottenham either for this season or a future if they will clinch a Champions League spot be sure to take a look at these bet offers first. You can get free money from a local sports book to play with, just be creating an account.