Dinner Diva: Enough with the nuggets! 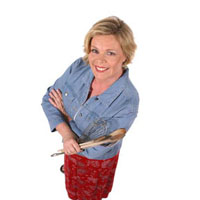 It might not come as much of a surprise to you, but inside those fast-food chicken nuggets, there isn’t a whole lot of actual chicken.

Dr. Richard D. deShazo, MD, is a professor of pediatrics and medicine at Mississippi Medical Center. Along with his pathologist colleague Steven Bigler, MD, Dr. deShazo decided to dissect a chicken nugget to find out what it is about these oddly shaped bits of “food” that makes kids seem almost addicted to them.

Their findings ended up being published in the American Journal of Medicine, but here’s what happened, in a nugget shell.

One of the nuggets was 56% fat, 25% carbohydrates and 19% protein. The nugget from the second restaurant was 58% fat, 24% carbs and 18% protein. (These numbers don’t take into account the breading of the nuggets, which is more salt, sugar and fat.)

Chicken used to make nuggets usually comes from a carcass after the animal has already been processed for other uses. The remaining pieces of chicken on the bone are combined with the innards of the chicken, processed again with salt, sugars and more fats, popped into a breading and fried in more unhealthy fat.

There is no denying it, though—children do love those friendly shaped nuggets. That, of course, doesn’t mean you should be buying them!

Buy your own chicken breasts and turn them into homemade nuggets. All you have to do to make nuggets at home is to simply chop your chicken breast into bite-sized pieces, dip them in a mixture of egg beaten into buttermilk or coconut milk with a bit of mustard for flavor, and then dredge through seasoned almond flour. Give them a light misting of olive oil spray and cook them in a 400 degree oven until they are cooked through (roughly 20 minutes).

Serve with honey and raw veggies for a delicious and healthy Paleo chicken nugget meal!