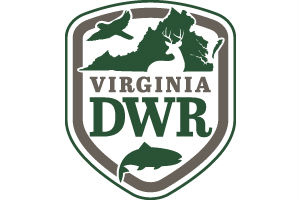 There are a few reasons why the department decided that now is the time to take on this renaming. As many citizens already know, the department is primarily self-funded. The department’s traditional constituents continue to know the agency by their current name; however, as the demographics of Virginia have changed, this name has lost its relevance to the general public and many constituents who are non-sportsmen.

Many today are not familiar with the terminology of “game” animals; moreover, as time has gone on, the department’s mission and the wildlife management responsibilities they have been given extend to all wildlife.

This hampers efforts at reaching the full Virginia public and introducing them to all that the wildlife of Virginia have to offer. Several other wildlife management agencies across the country have adopted names that are more readily recognizable to all citizens and that better encompass their full missions; this will accomplish the same here in Virginia.

This change in name does not mean less commitment to the hunters, anglers, and boaters whose contributions have made this Department what they are today. Instead, it better enables the Department to continue to serve them, while achieving name recognition with the public and attracting new customers, rather than continuing to rely on increases to existing funding mechanisms.

It will give an opportunity for the department’s story to be relevant and readily understood by all Virginians. The department is very mindful of the costs that can be associated with an effort like this, and even before the tight budget times that have recently arisen, planned to minimize these costs as much as possible by phasing-in the change.

Certain things (for example, signs at offices, the Department website, Law uniforms and vehicle markings, email domains, etc.) will be taken on initially, while other changes will take place more gradually