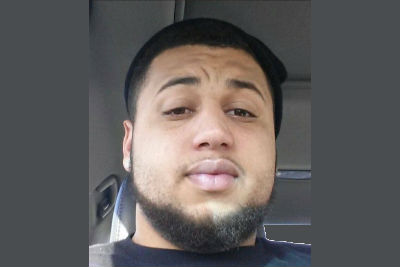 Update: Wednesday, 4:48 p.m. Landon Clarke, wanted in connection with a Sept. 8 shooting in Augusta County, turned himself in to the Waynesboro Police Department earlier today.

He was subsequently transported to Middle River Regional Jail, where he is being held without bond.

The victim in this case has been released from the hospital.

If anyone has any information about this investigation, contact Chad Marshall of the Augusta County Sheriff’s Office at 540-245-5333 or Crime Stoppers at 800-322-2017.

Original post: Sept. 9, 1:05 p.m. Augusta County authorities are on the lookout for a Waynesboro man wanted in connection with a shooting in Greenville late Tuesday night.

Landon O’Brian Clark, 26, faces three felony charges in relation to the incident, which was reported at 8:51 p.m. Tuesday.

Sheriff’s deputies were dispatched to Augusta Health to respond to a report that a man had suffered a gunshot injury.

The preliminary investigation revealed that the victim had been shot during an altercation at a Greenville home located the 1100 block of McClures Mill Road.

The victim was subsequently transported to Augusta Health, and later transported to UVA were he continues to be treated for the non-life threatening injury.

Clark is considered armed and dangerous.

If you have any information about his whereabouts, call 911.